Came across this pot which bears the label for Ardencaple Pottery, Helensburgh. In Dunbartonshire, Scotland.

It has an A in a square stamp on the foot rim, which is very similar to the stamp for Aller Pottery. But the clay for this Ardencaple pot is a reddish brown rather than the grogg-filled grey typical of Aller pottery.

Just spotted this one on ebay - which may shed some light. 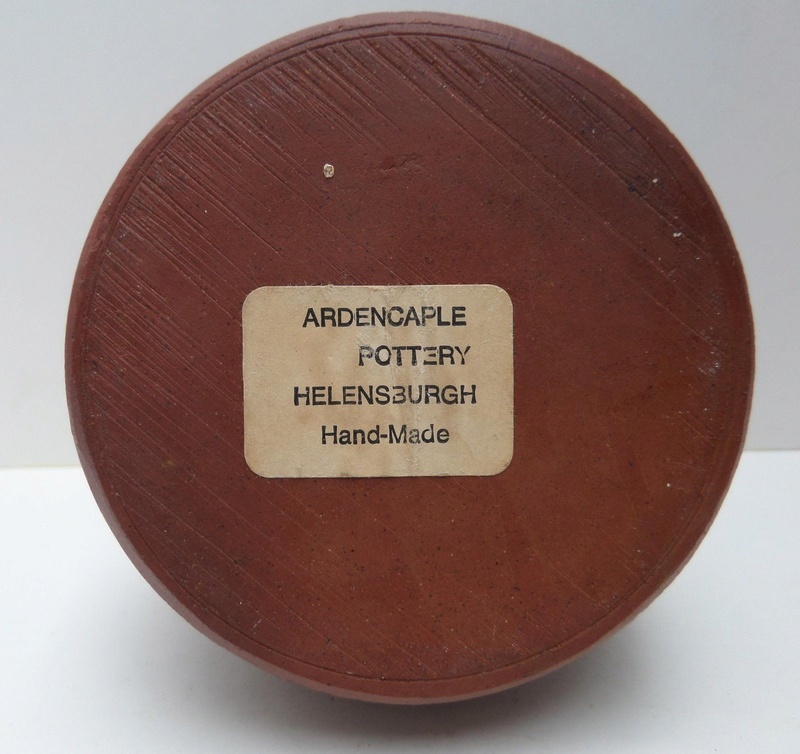 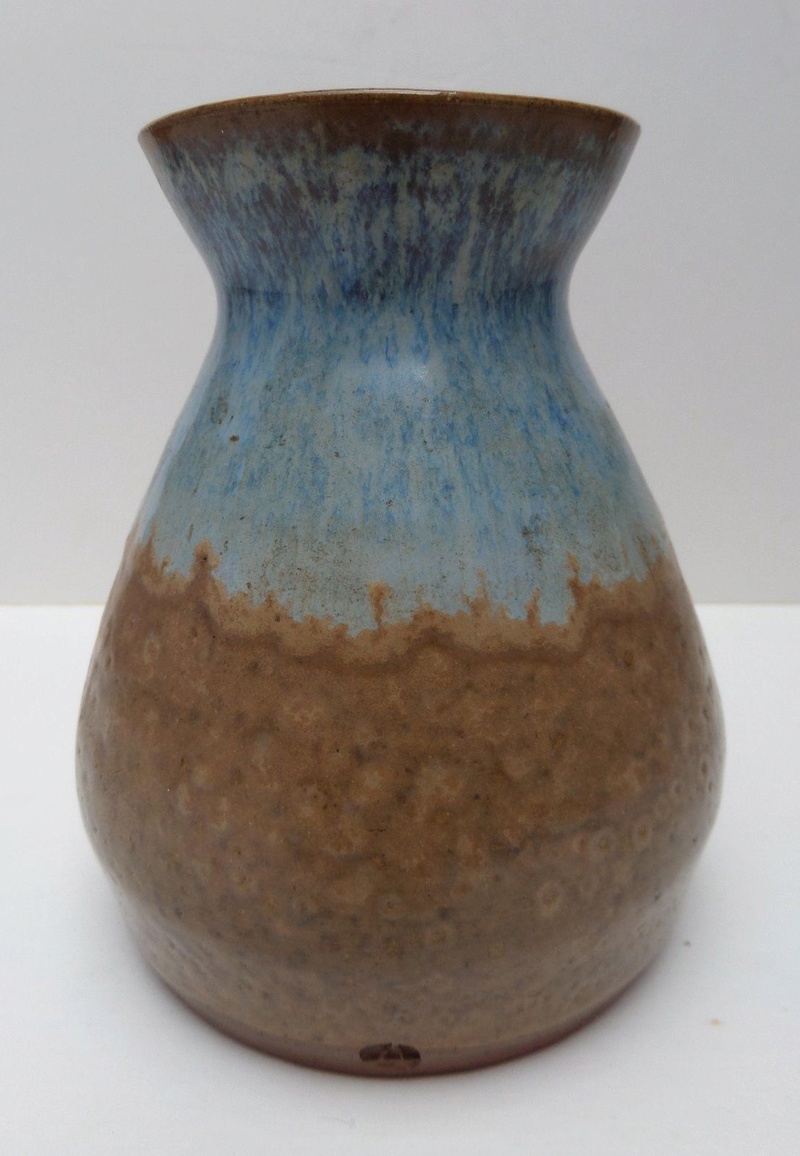 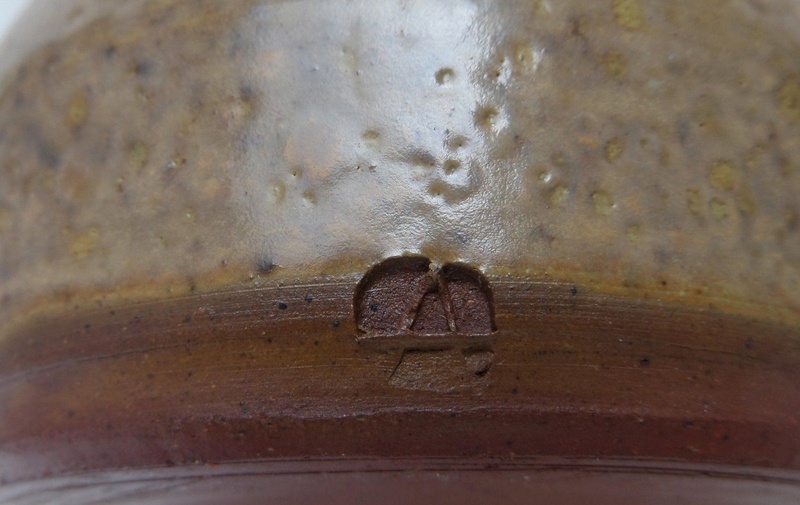 This was my parent’s pottery.

My parents ran Ardencaple Pottey from about 1970 to 1979. It was originally Broomhill Pottery on the Isle of Arran until about 1974 when they relocated to the mainland in Helensburgh. In around 1978 it relocated again to Crianlarich, folding shortly afterwards. Those dates are based on me remembering my age at various times events happened, so could be out by 12 months or so.
In the Helensburgh days it was based in the outbuildings of Ardencaple farmhouse and at one point shared a craft shop called ‘Harmonium’ in the town centre with a number of other craft makers. I recall a leatherworker, but my memory is hazy on anything else. They also had trade orders with a variety of other craft shops around Scotland. I believe the red earthenware body is earlier, and they switched to a grey stoneware one later. If I recall rightly it was something of an epic undertaking to clean everything properly to do the switch!
Almost all of the pottery was thrown by my mother, with my dad doing handles, glazing and firing. All of the glazes were his own recipes.
I’ve attached a few photos of a stoneware jug I have from the time. 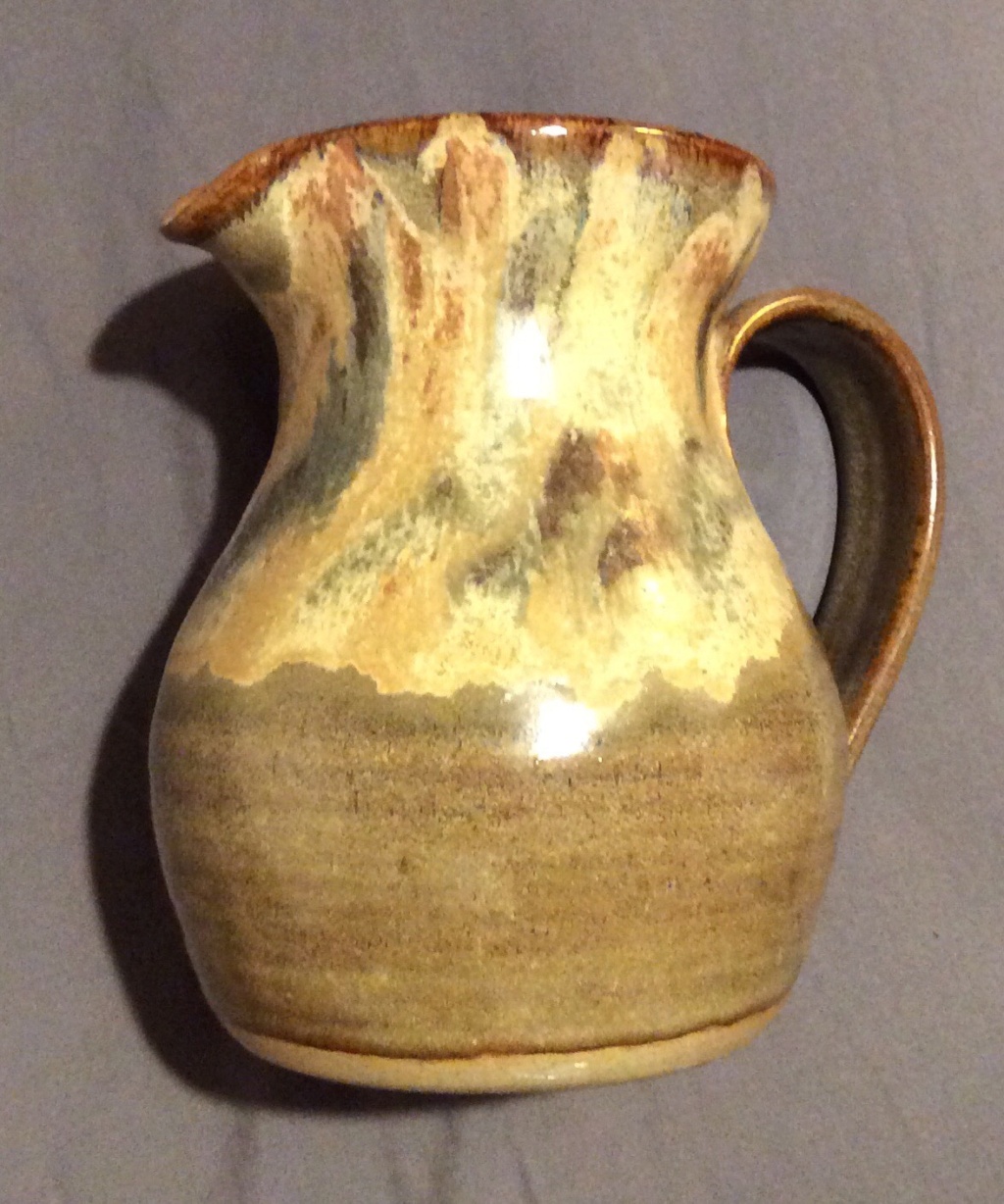 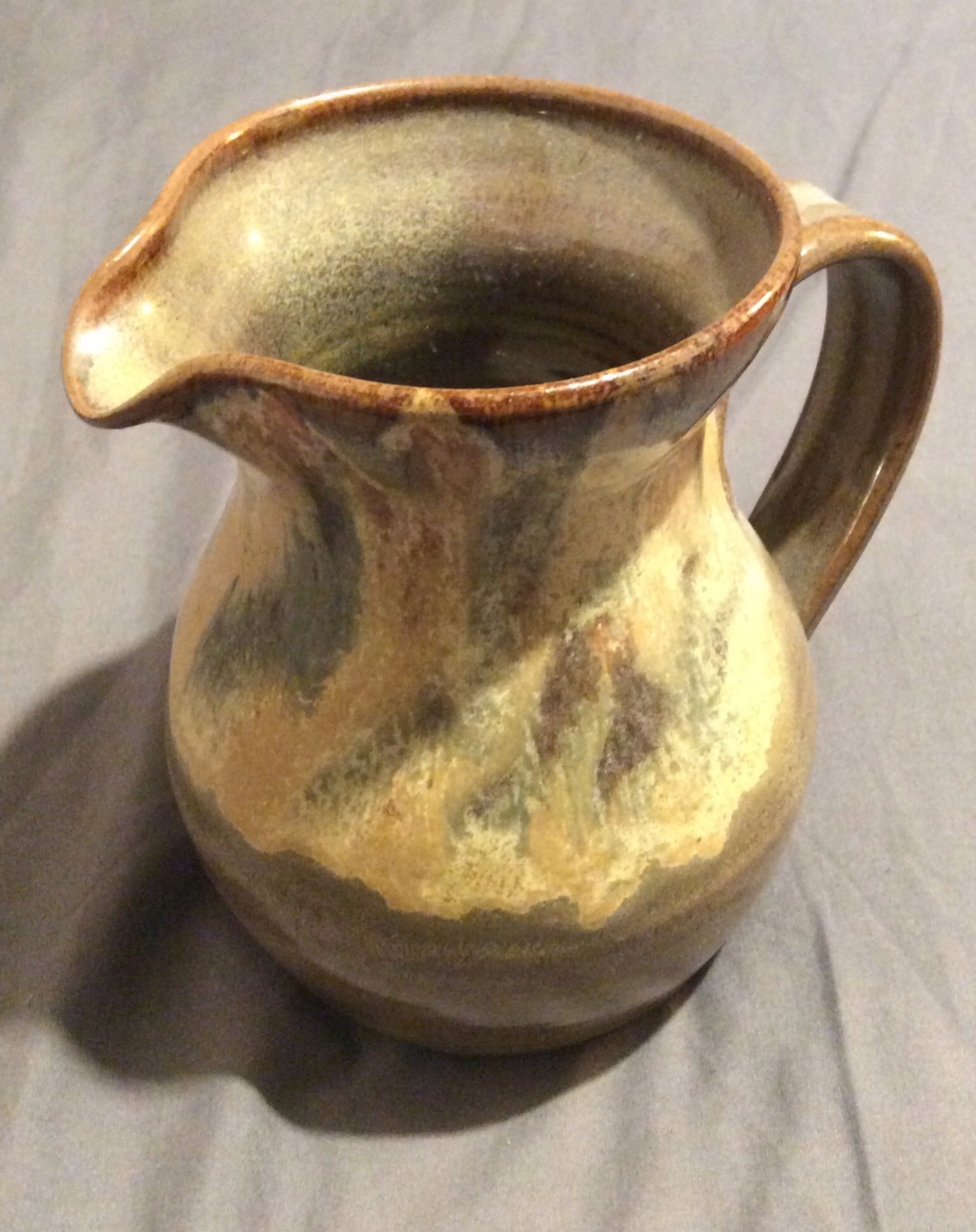 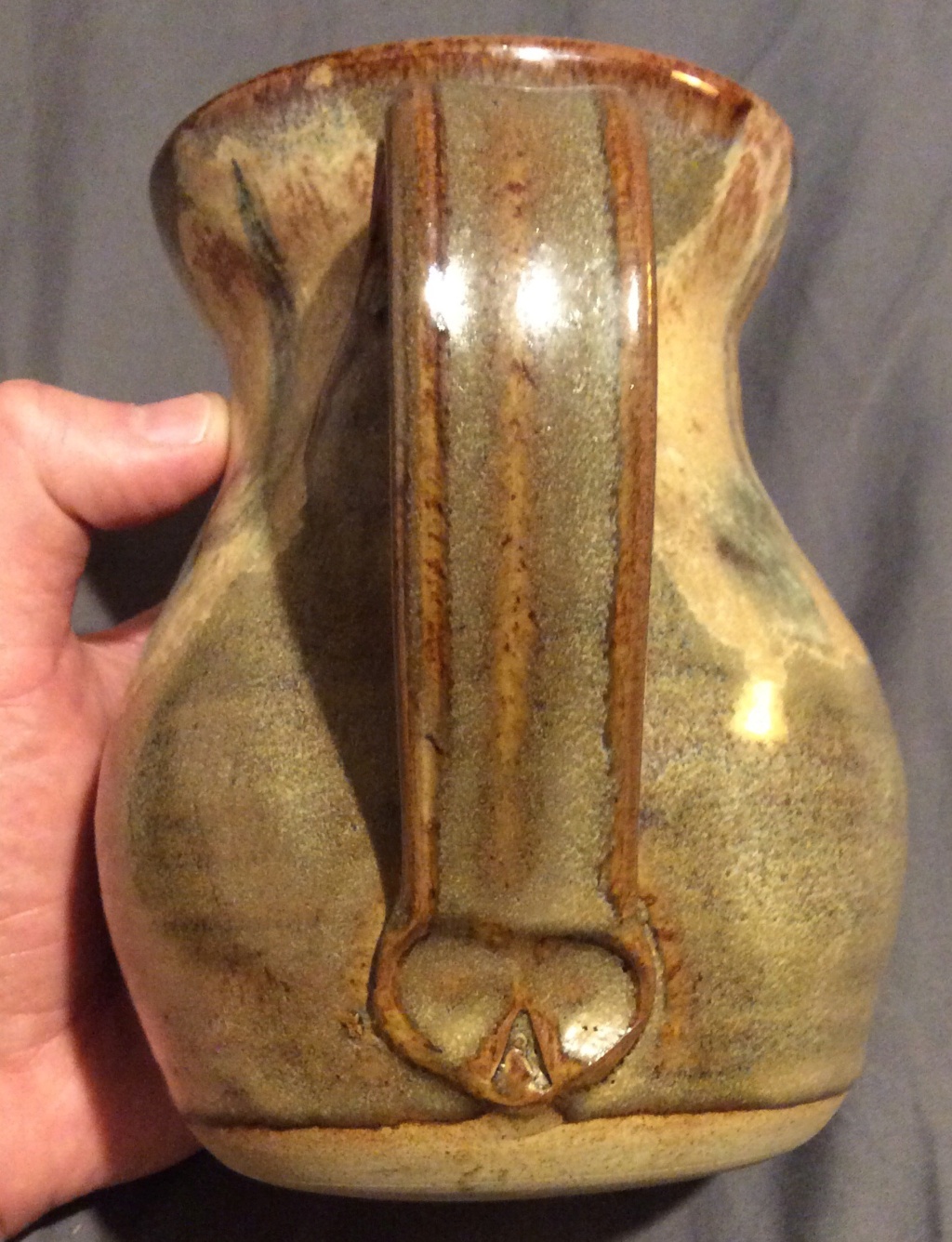 Fantastic info. Many thanks for sharing

I wonder how many of the stoneware pieces have been misattributed to Aller Pottery, which has a similar A stamp
_________________
Carrot cake is just fake cake

That may be, true.
Here’s a shot of my mum throwing. The pots in front of the wheel are lamp bases which were quite popular. My dad wired them up by hand. In the background you can see more examples of my mums throwing style. My dad threw straighter sided pots. I can’t find a photo of his right now, but will post one when I come across it. The bonnie wee lad holding the clay is me! 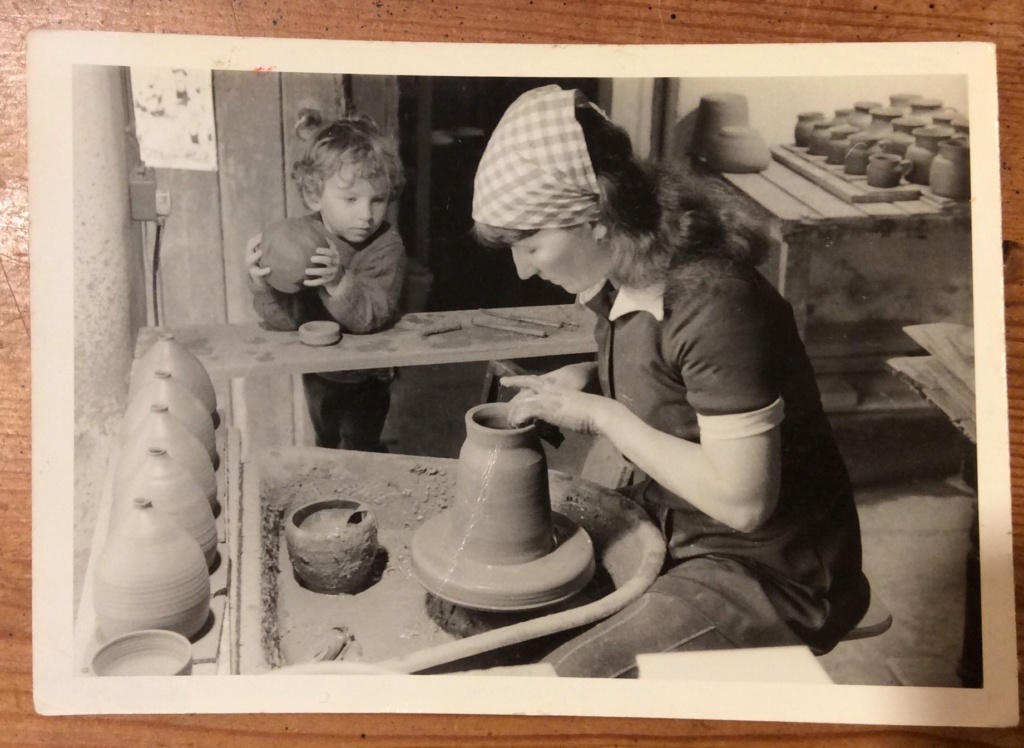 This is a photo of a red earthenware piece thrown by my Dad. As you can see it’s straighter sided. This may help in identifying Ardencaple vs Aller. 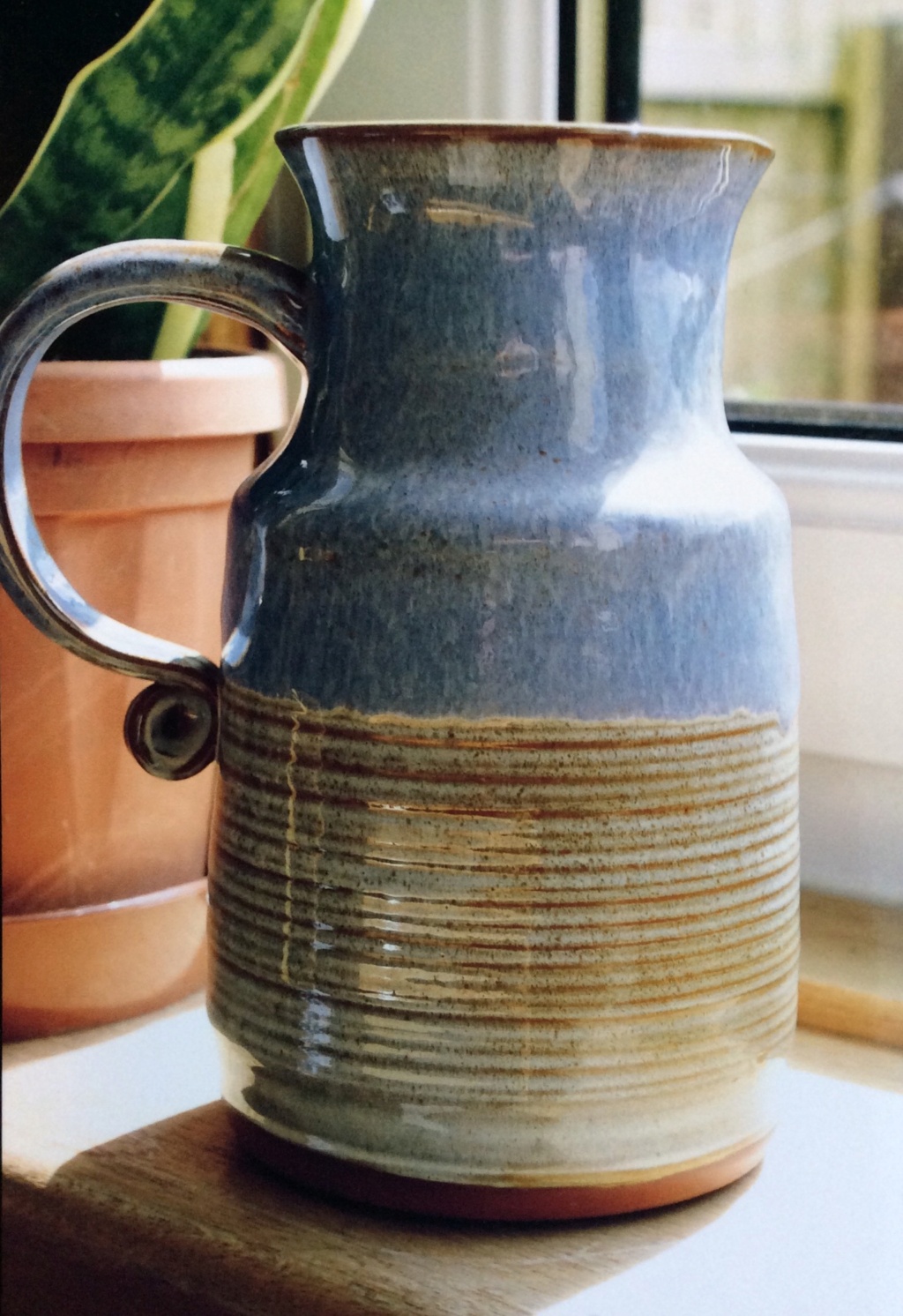 Thank you for sharing this invaluable information.