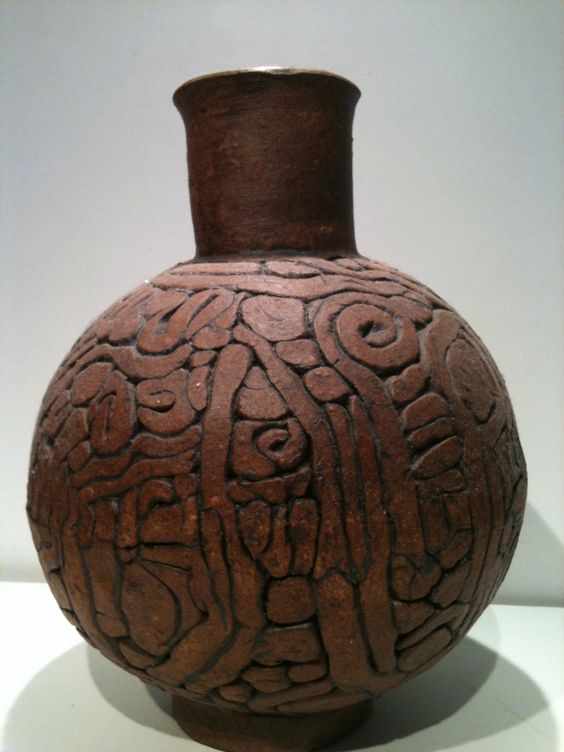 i just liked it for the variation of technique... unusual!!!

After seeing Peter Smith's name in Studio-Pots list of 10 potters,it reminded me of just how much I like the pots of his I have. Rugged,Unique. Represented in several collection including the V&A,Long term member and Fellow of the CPA,Peter Smith deserves a much wider audience. 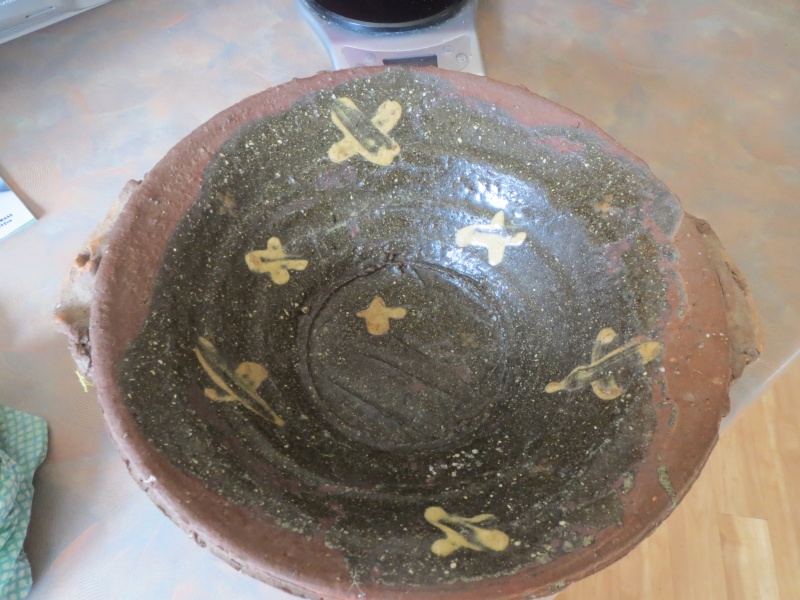 The mark on the bowl above. 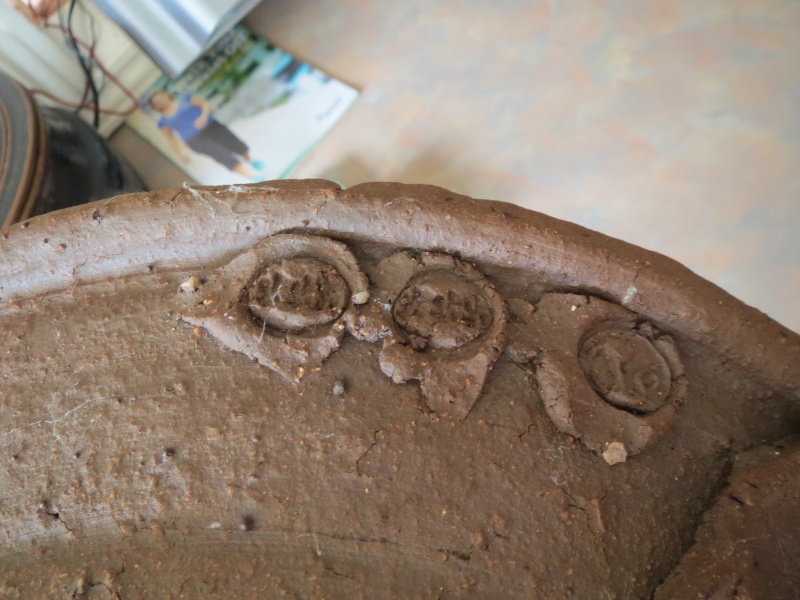 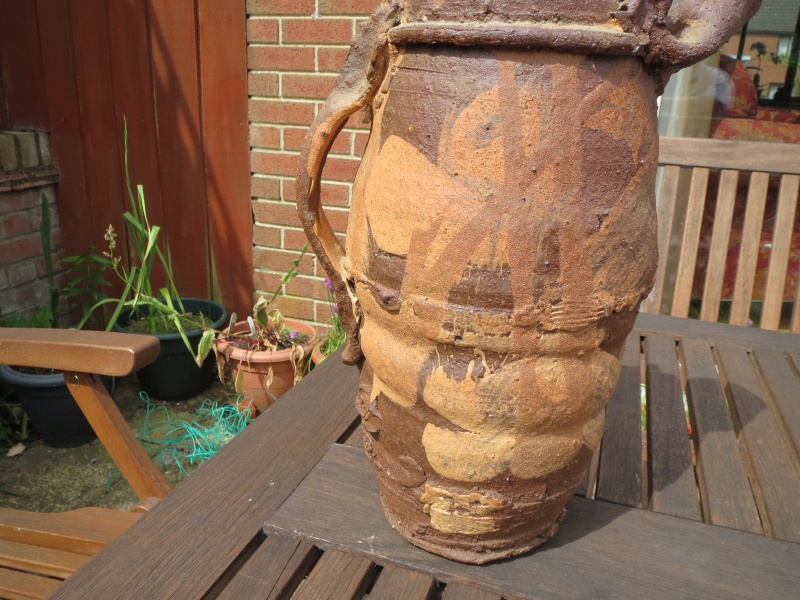 The other side of the Jug above. 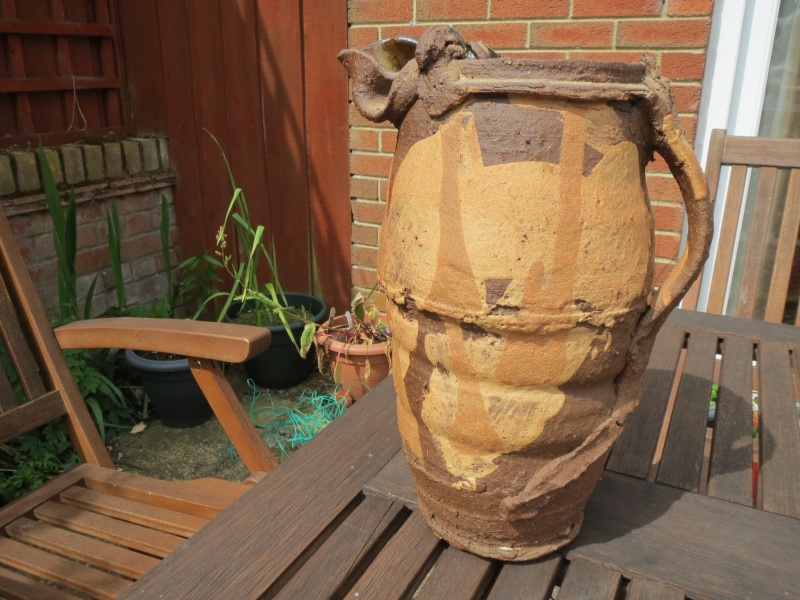 Peter was lecturing for a number of years so didn't have to make a living from selling his work.

I wrote to him in 2007 and in his reply he called my letter a pleasant surprise as “most people seem to think that I am inactive or dead but have not bothered to ask.” He went on to say that he never stopped working but had made a decision not to show as he was “interested in work rooted in ceramic tradition but able to deal with a greater range of possibilities in aesthetic terms – an attitude seen as a problem in some pottery circles.”
_________________
Now you should know by now that Potty and I need to see your bottom - we're funny that way!

Here's a Peter Smith bottle vase (23.5 m high) from the early 1980s when he was firing with coal, as all real studio potters do!

Now I know that this "covered jug" that is a more recent work by Peter won't be to everyone's taste (maybe only mine) but at least you can't say that he's playing safe! 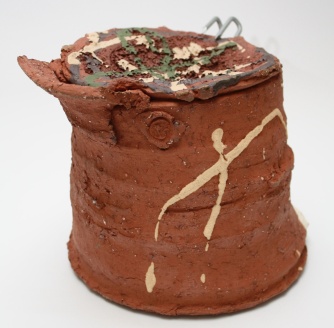 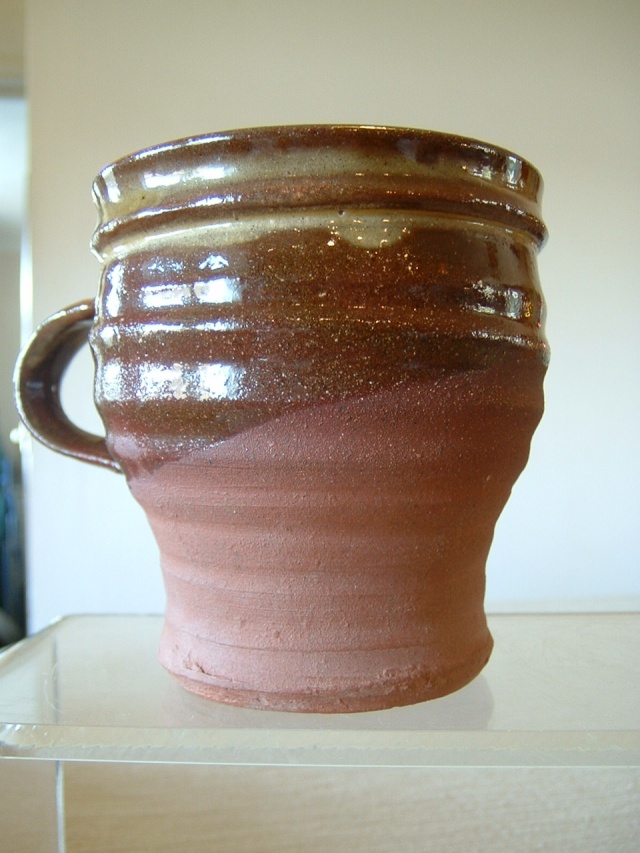 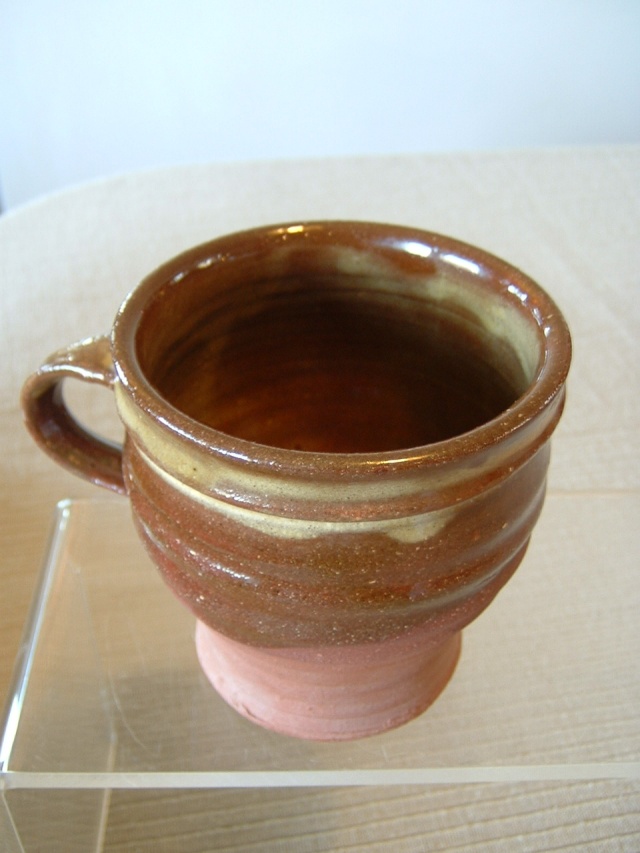 The unsigned Mug was made in 1976 coal fired kiln at 1050 degrees , a few were made at the time but not since , few would have survived and this is quite a rare item being in perfect condition .

If you asked me which potter I'm currently most interested in the answer would be Mr. Smith.

I have seen a fair amount of his work in the last year or so and suspected the mug wouldn't be marked, as he didn't seem to mark his useable stuff that often. I think if you see enough pieces you can tell though.
_________________
Now you should know by now that Potty and I need to see your bottom - we're funny that way! 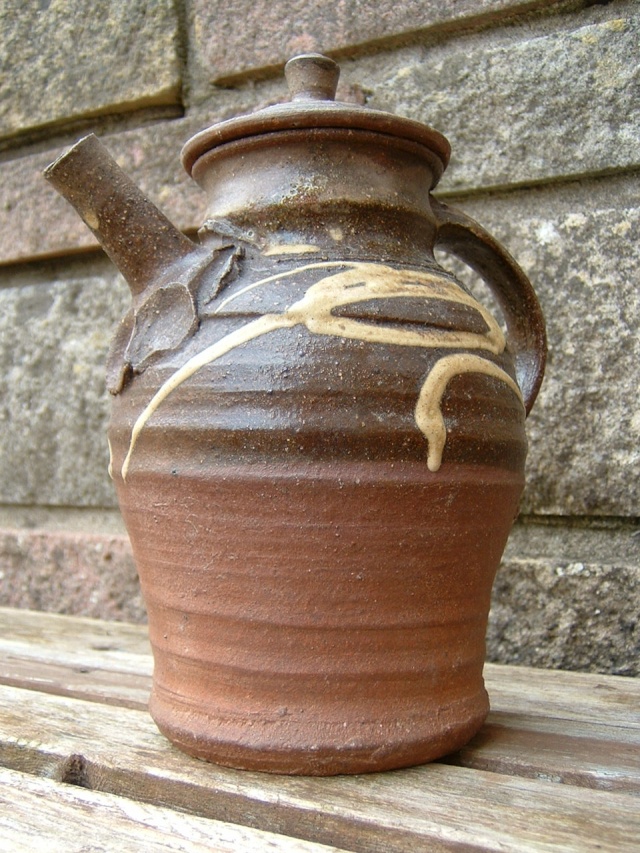 Studio Pottery Mugs - Peter Smith, Bojewyan Pottery. I managed to contact Peter Smith's wife Jane via Facebook, she has confirmed they are his mugs and are early pieces. The star shaped stamps indicate to Peter what body was used. 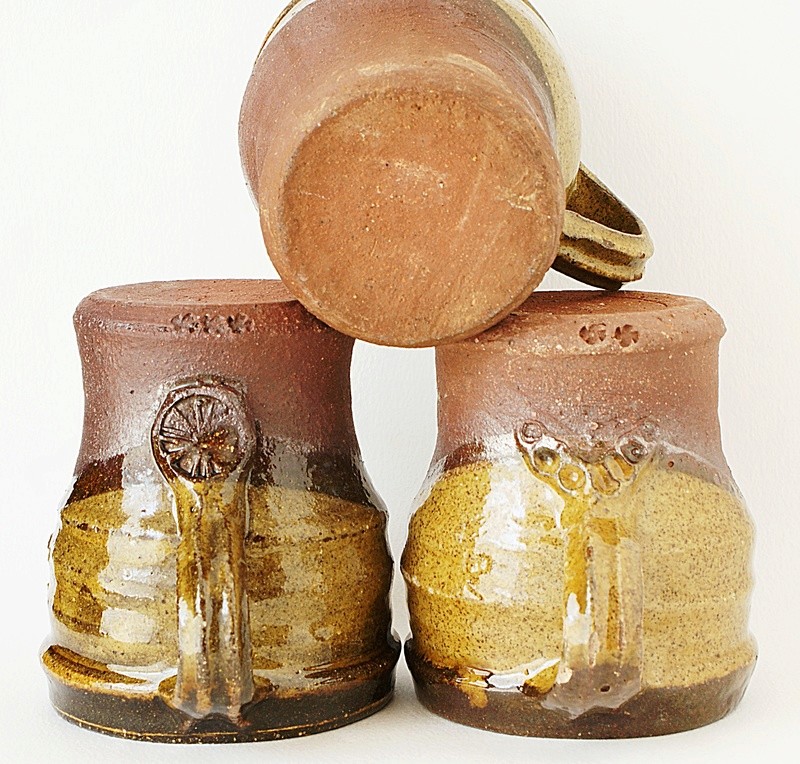 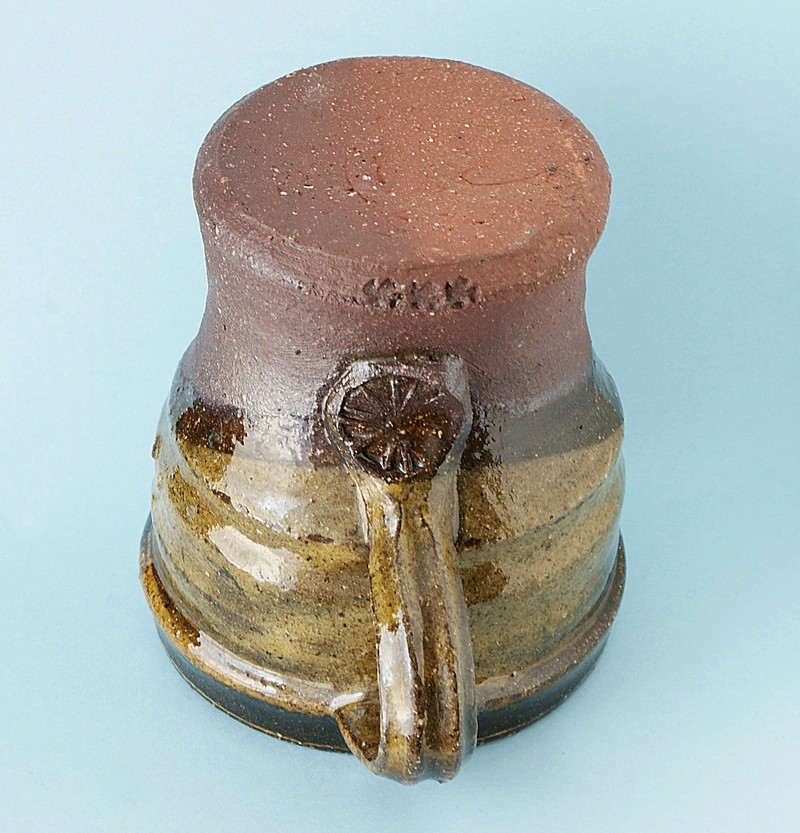 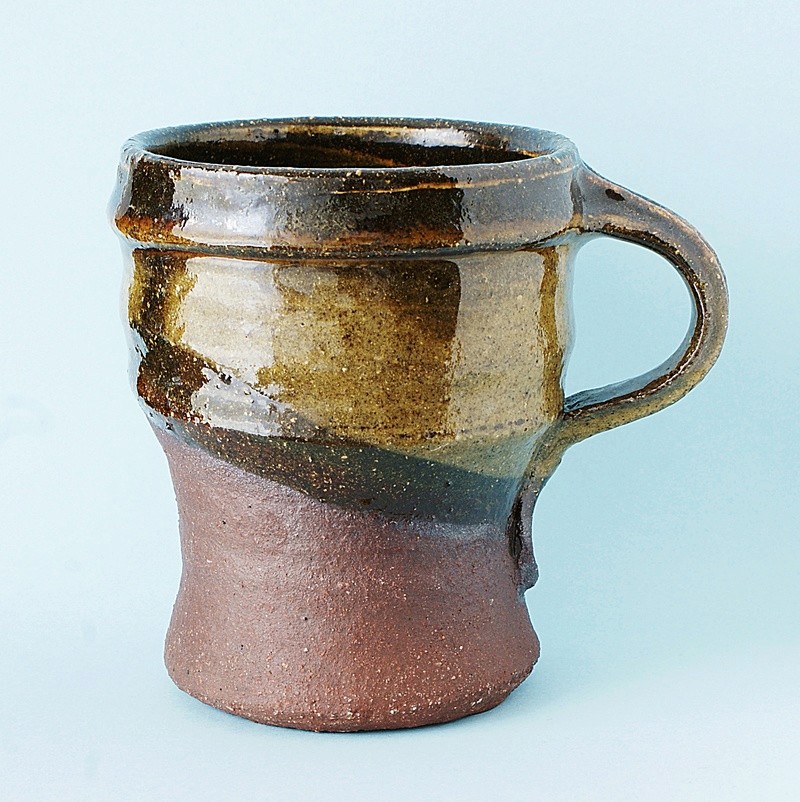