The master of Reduced Pigment Lustre pottery.Entirely self taught.Represented in many Museums.
This is a fairly early large bowl.

Sutton Taylor is giving a talk and demonstration of his work at the Ashmoleam Museum Oxford, this coming Sunday,9 June. It is in association with a show of his work at Oxford ceramics,which is illustrated on their website.

This being a smaller bowl. But much more glitzy and hence difficult to photo!

A capital ST in a Lozenge. Soory I haven't a photo.
But if ever come across any of his work.Its fairly identifiable.

What do you mean by "Reduced Pigment Lustre" please?

Not a term I've come across before and I'm wondering what the difference is between that and what I generally just call "Lustre".

I've just noticed your reply in the lustre pottery thread:

philpot wrote:Lustre can be quite a complicated business.The two principal modern forms tend to be Reduced glaze Lustre which is made by incoporating metal compounds in a glaze and reducing it as it cools after being fired.The glaze tends to cover the whole surface of an item.
The other being the more arty type of Reduced Pigment Lustre,which is the main one historically. Used by potters like Alan Caiger Smith and Sutton Taylor in modern times. Involves a great deal of work and high kiln losses.

So the lustre some Raku pots have from the metals present during the reducing atmosphere would be considered "Reduced glaze Lustre"?

Alan Caiger Smith uses the term in his book LUSTRE POTTERY,which is one of the few modern books on the subject. I've got a few Jonathan Chiswell Jones lustre pots,and they are very different from both Sutton Taylor and Alan Caiger Smith. So I don't know what he uses. A long quote from an American Lustre Potter,which gives a good description of it.

Lusters were first in evidence on glass in Egypt in the 4th century. By the 9th century, luster

was being used on ceramics. Reduced luster—also known as pigment luster, smoked luster,

Arabian or Persian luster—was first used in Iraq in the 9th Century. A pigment, based on an

iron-bearing clay and containing copper or silver, is brushed onto a fired glaze surface and

then refired in a reducing atmosphere. After firing the pigment/clay paste is washed off,

leaving behind a thin film of metal, which we call luster. The interactions between the clay

paste/pigment, temperature, length of reduction, and base glaze are all important. Most

notably the base glaze has to accept and develop the luster from the pigment. The glaze can

be either lead- or alkaline-based frits that are non-toxic and non-soluble. They are typically

in order to bond with the thin film of metal deposited. Other sources of metallic deposition

are possible with luster glazes, resinate lusters, and fuming. The widespread use of electric

kilns, together with the increasing interest in and use of overglaze techniques necessitates

a focus on resinate lusters.

of polymers and thickening agents to aid application by brush and machine. The colors result

from metallic oxide films bonded onto the glazed surface by a flux, specifically bismuth

oxide, which must be fired to a low temperature otherwise it would burn out. This is the

application and firing technique employed. Whereas reduced lusters are either clay paste

or water based and fired in a reducing atmosphere, resinate lusters are oil/resin based and

are fired in an oxidizing atmosphere. The localized reduction is performed by the carbon

produced from the resin (usually pine oil) base. Resinate lusters are a product of the ceramic

industry, developed as glaze application and controlled firings were standardized for mass

The Hart Gallery represented Sutton Taylor from the mid 90's until they closed just recently. They produced several superbly illustrated catalogues in 2008 and 2010,and back in 1999 a full scale hardback SUTTON TAYLOR by Marina Vaizey which is still available online reasonably cheaply.

This is a review of his Liverpool exhibition a few years ago.with some good images.
http://www.artinliverpool.com/?p=14777 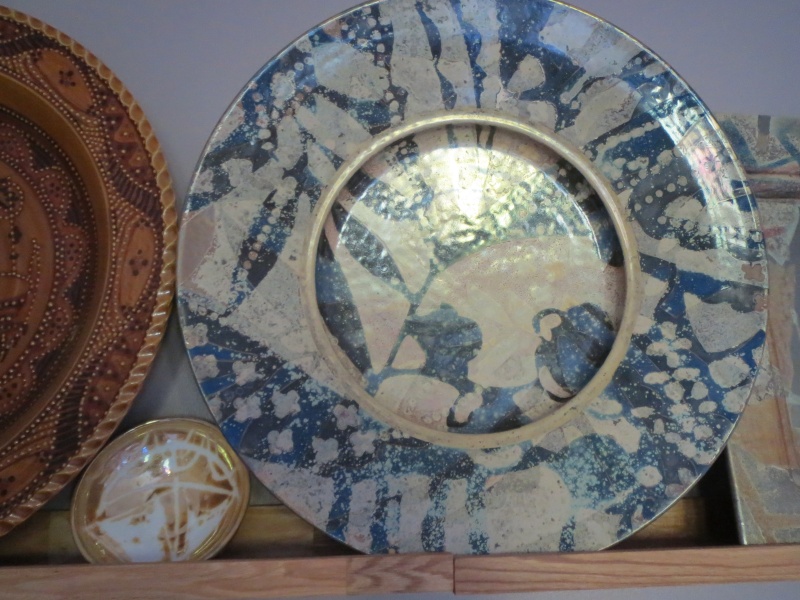 philpot wrote:A capital ST in a Lozenge. Soory I haven't a photo.
But if ever come across any of his work.Its fairly identifiable.

Now that you have a photograph of his mark could you post it here please where it would be most useful?
_________________
Now you should know by now that Potty and I need to see your bottom - we're funny that way!

I would argue that we need a completely separate indexed library of studio marks alone,as we do for other back stamps.

The mark.His earlier work from the 80's also comes with an LH mark,standing for Lotherton Hall in Leeds,where he had a studio for a dozen or so years. 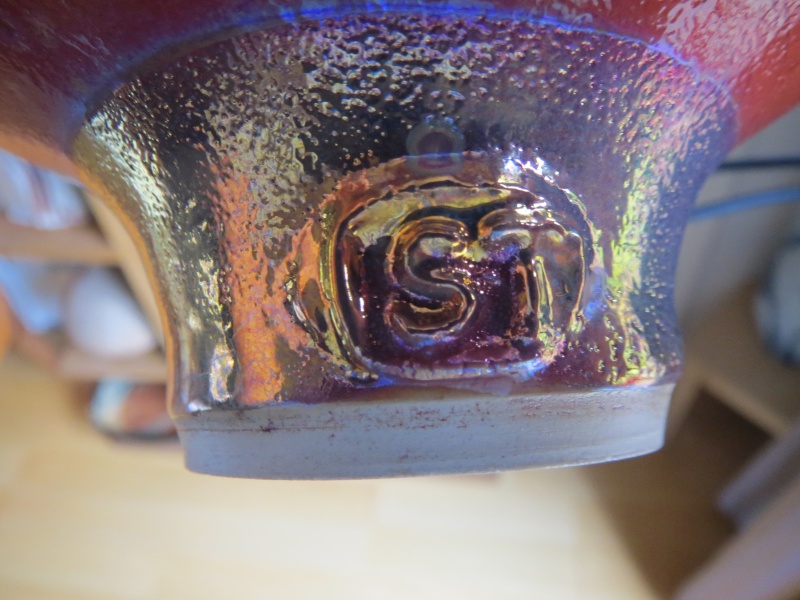 Thanks for adding the mark Phil.

philpot wrote:I would argue that we need a completely separate indexed library of studio marks alone,as we do for other back stamps.

Personally I think the marks are best kept in context, i.e. shown with examples of the pots, so that there are less miss-attributions based on a mark alone.

That said, you or anyone else are more than welcome to add marks to the separate thread

philpot wrote:I would argue that we need a completely separate indexed library of studio marks alone,as we do for other back stamps.

It would be lovely but I don't know how one would index them on a forum like this, unless one had a thread for the pots and mark for each potter.
I have been building a Pinterest board of studio pottery marks and find it essential to have a photo of the whole pot and the mark for reference. But it becomes unwieldy after only a few hundred images, let alone the thousands that one can potentially end up with a few years down the line. If you were serious you'd need to set up a separate website with the sort of categories used by books such as British Studio Pottery Marks, but even that author has baulked at setting up an online version.
_________________
Just my personal opinion, take it or leave it. 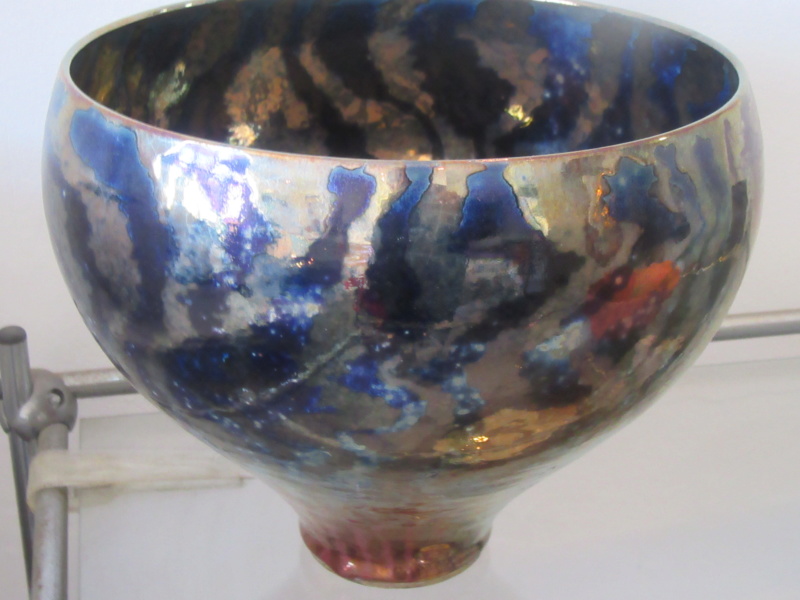 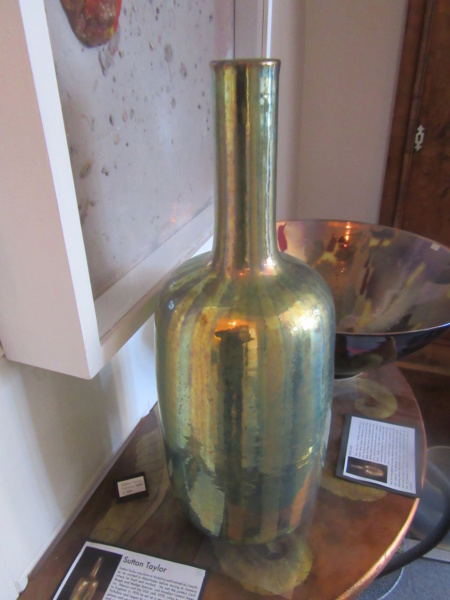 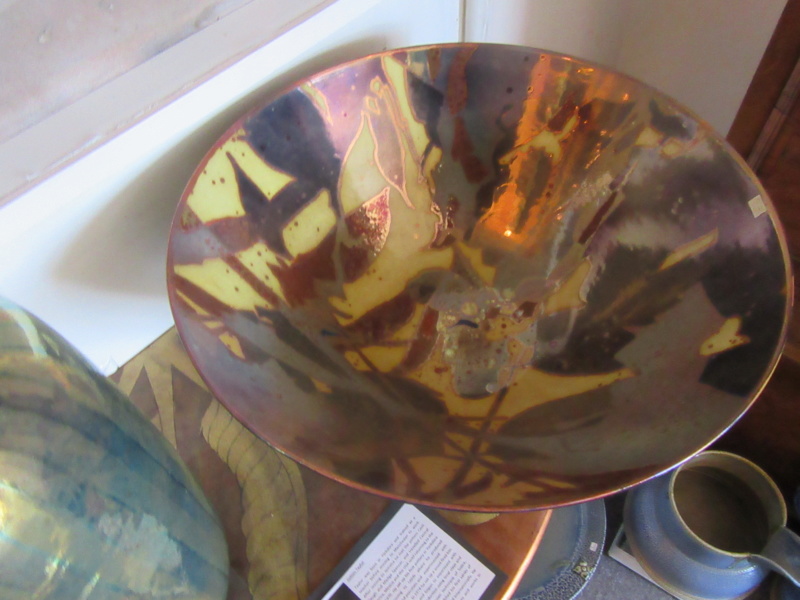 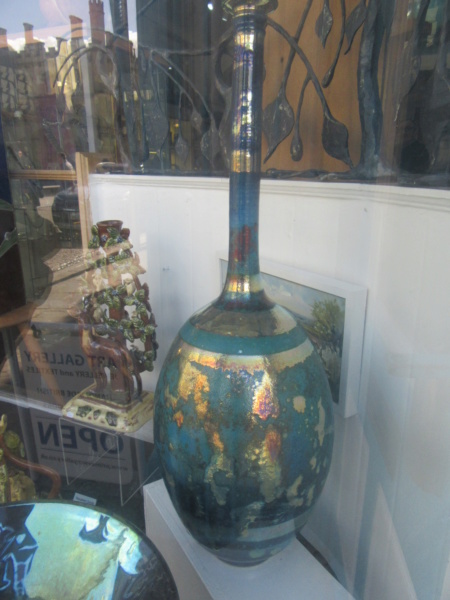 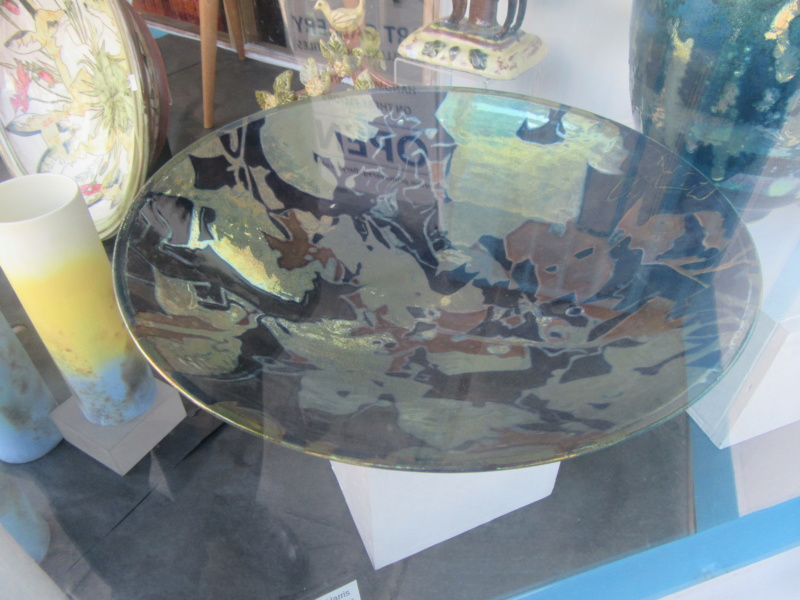