Here's a triangular mouthed stoneware vase by the rather mysterious Eleanor Whittall (1900-c1970) who was making pots c1944-1963 in North London then later in Kensington. Paul Rice rates her work, the V&A have a piece by her and I understand she was known for (and published about) her ash glazes. This piece is a bit on the clumsy side but the glaze is wonderful. 22.7cm (height) 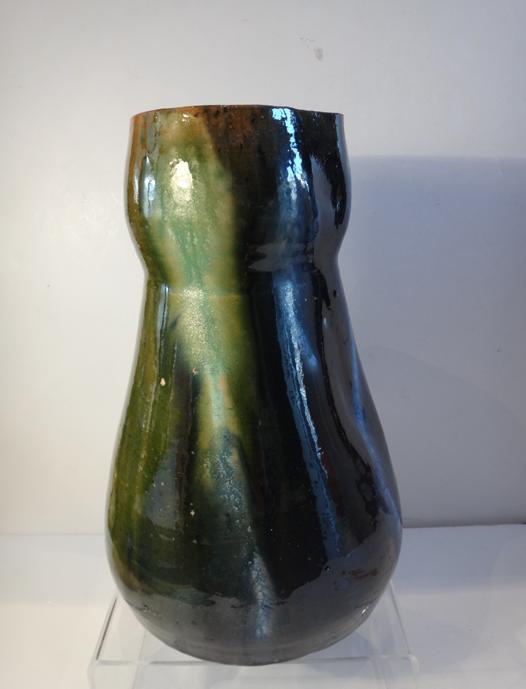 It has her owl stamp (different to the one Studio-pots has posted elsewhere), plus a form or glaze number 171 and the wonderful words 'guaranteed leadless glaze' 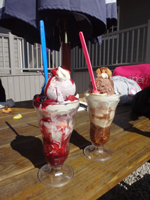 Your mark looks like to the one in BSPM.

I first bought a vase by her probably 20 years ago and then a friend, who largely collects Art, sold me a few more that he had bought from her "closing down sale" before she moved permanently into a Buddhist retreat somewhere in the country. She told him this at the time and that she had got interested in Buddhism some years before.

Fascinating - and no-one seems to know exactly when she died?

I have an Eleanor Whittall -


The mark is different from Skippy's

NaomiM wrote:I have an Eleanor Whittall -


The mark is different from Skippy's

It is why I originally said in answer to Skippy's original post, "your mark looks like the one in BSPM".

I've just picked this one up: 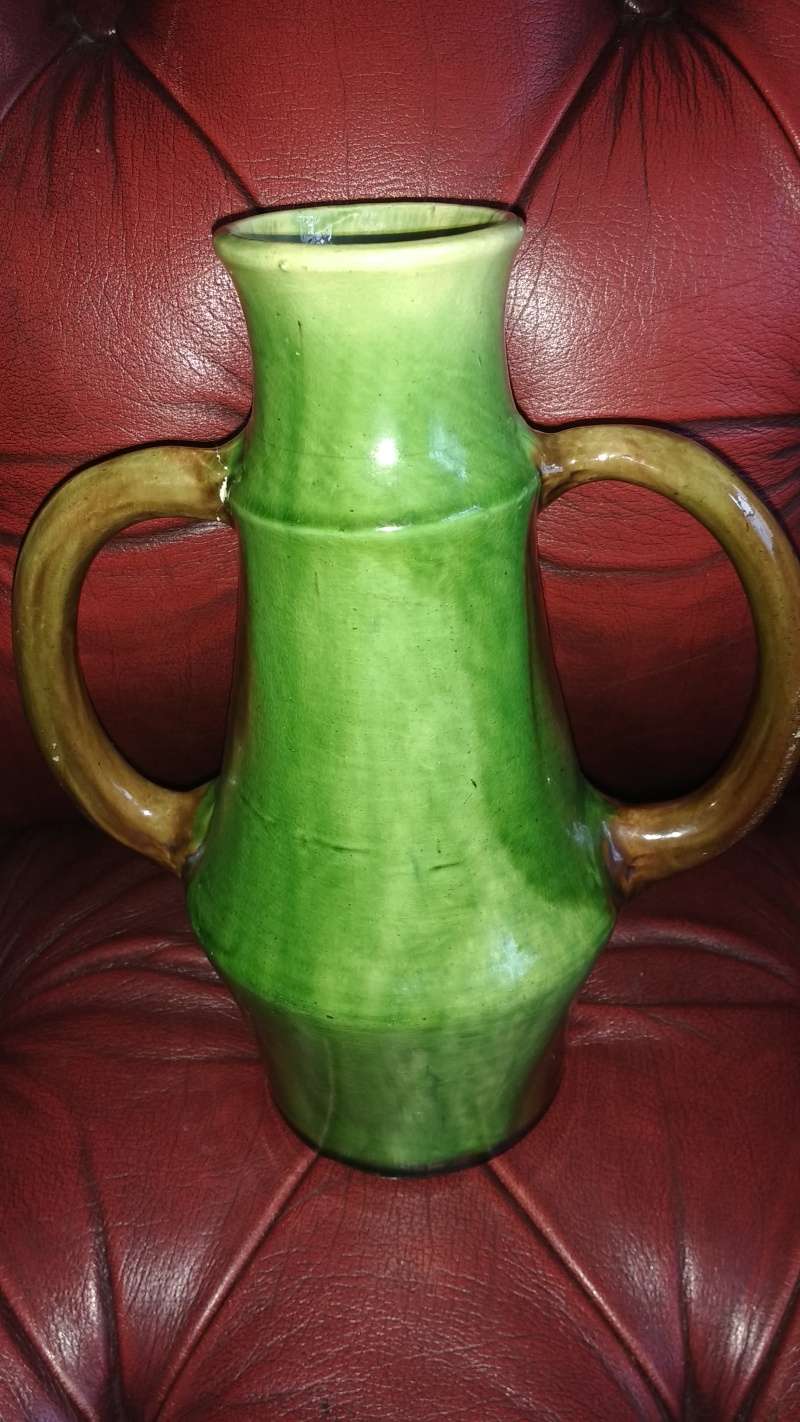 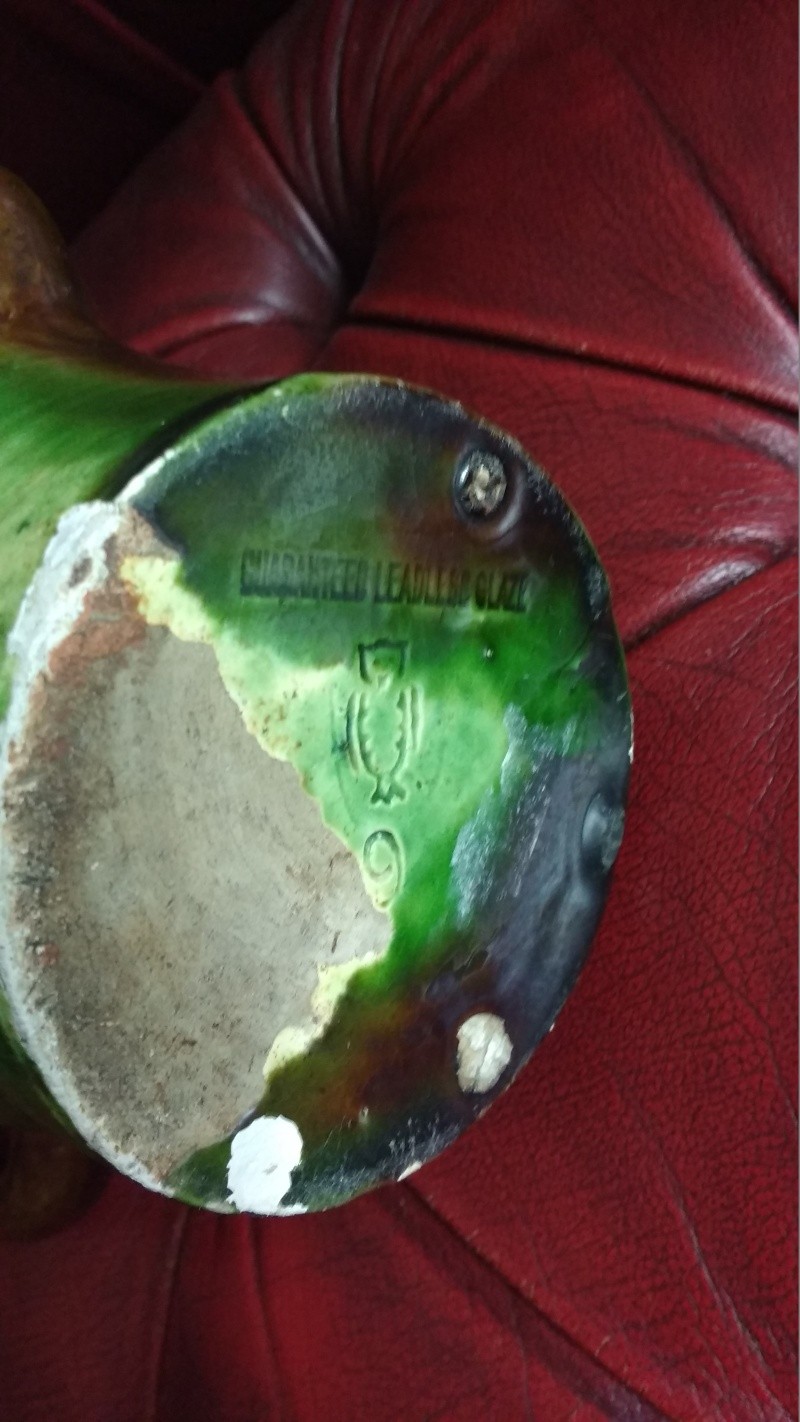 Can't help thinking it looks Continental. Maybe a version of this mark?

Both the green pots look to be factory made. Very like that Belgian art pottery.
Continental style numbers, and "leadless glaze" surely wouldn't be added by a
studio potter?
Eg. Langley Mill pottery used those exact words in the early 20th century.

It may have been a legal requirement for them to be marked like that for expoting to the UK at the time.

Lots of companies did, Doulton also, but look at the continental "7" on the
first pot.