Small bowl. Marked O.P. Sarisbury on the base.

Can't find anything about a studio pottery being based there, although a couple of pieces apparently marked Sarisbury have sold on ebay in the past.
Anyone know what O.P. stands for?

Not sure if its related to yours, but I'm currently trying to find some details on a pottery in Sarisbury for which I have a partial label, but no luck yet. 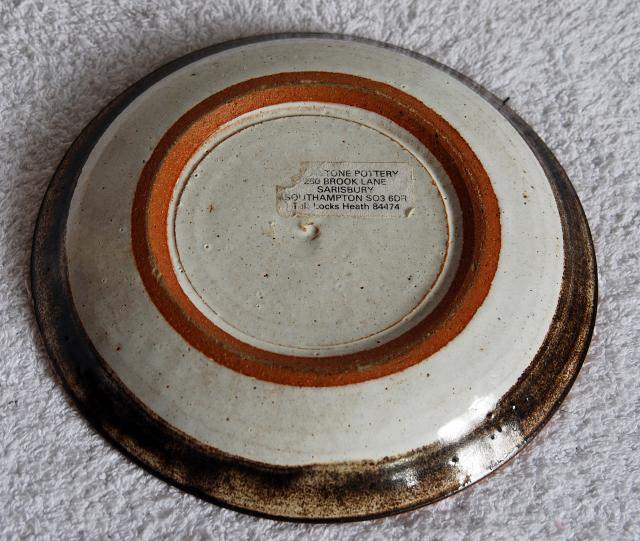 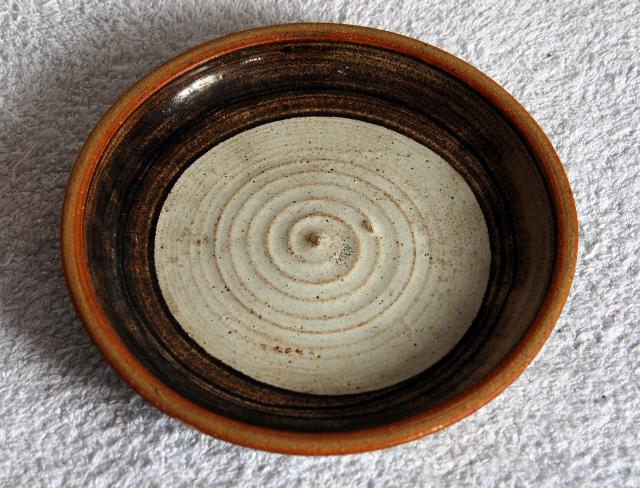 Relocated 1966 from Northampton by Sheila Willison. Closed 1998 I think, although there seems to be a Ceramic Tile manufacturer listed of same name

I was going to say that! I have or had stuff from them when they were still in Northants. Didn't realize they'd moved

Relocated 1966 from Northampton by Sheila Willison. Closed 1998 I think, although there seems to be a Ceramic Tile manufacturer listed of same name

Thanks Gareth, I've been in touch with a local museum down near Sarisbury as part of my search as I didn't have a complete name and they have no reference to there ever being a pottery at the address on the label. Having the full name let me do some digging and found a reference to it on the BBC's doomsday reloaded website. I will have to get in touch with the museum again and let them know.

The pottery is called Overstone. Mrs.
Willison has been a potter for
thirty-five years and has been at
Overstone for nineteen years.She buys
her clay from Stoke on Trent and a
kind dentist has given her some dental
tools for using in the pottery.Pottery
is made of earth shaped with the aid
of water,dried in air and made hard by
fire. All the colours and other things
she needs come from the ground.She has
a small shop where she sells her
pottery.She uses a machine to make the
clay into a sausage shape.Her pottery
wheel runs by its self so she doesn't
have to use her feet.Her sister draws
the pictures on some of the plates.
About forty pieces are made every day.

the potter Sheila Willison is still alive and doing Ok considering she is in her 90's. Her pieces are all marked 'Overstone Pottery'. Sheila still continues in the creative vein - one day she decided she had simply 'had enough' of potting, and instead she turned her hands to designing and creating beautiful tapestries, many based on Sheherazade. These have been exhibited in the past but now adorn her lovely home.
_________________
Due to travel restrictions the US was obliged to hold the coup at home this year

I bet she's amused that some of her old pots have been offered on Ebay. 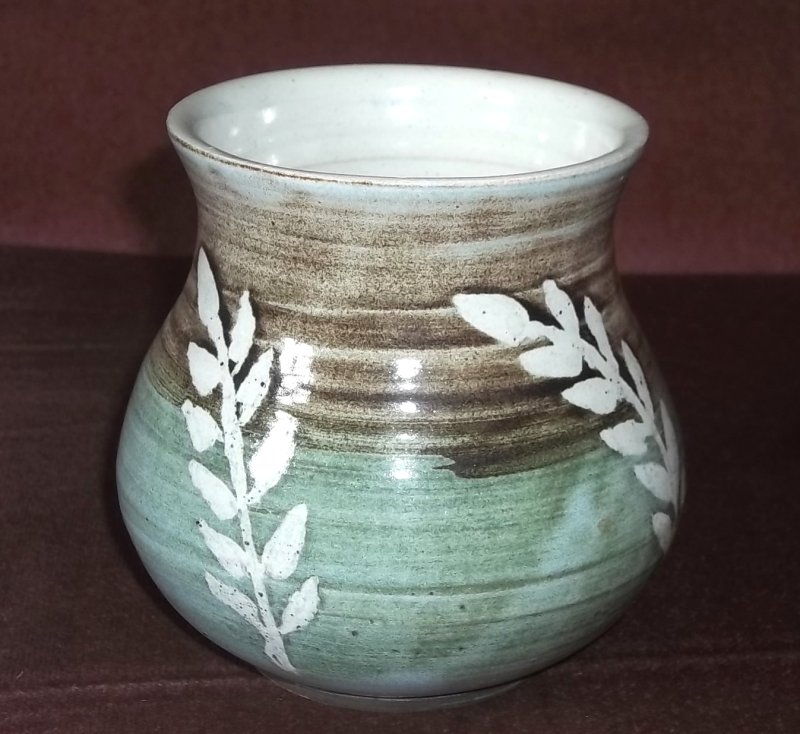 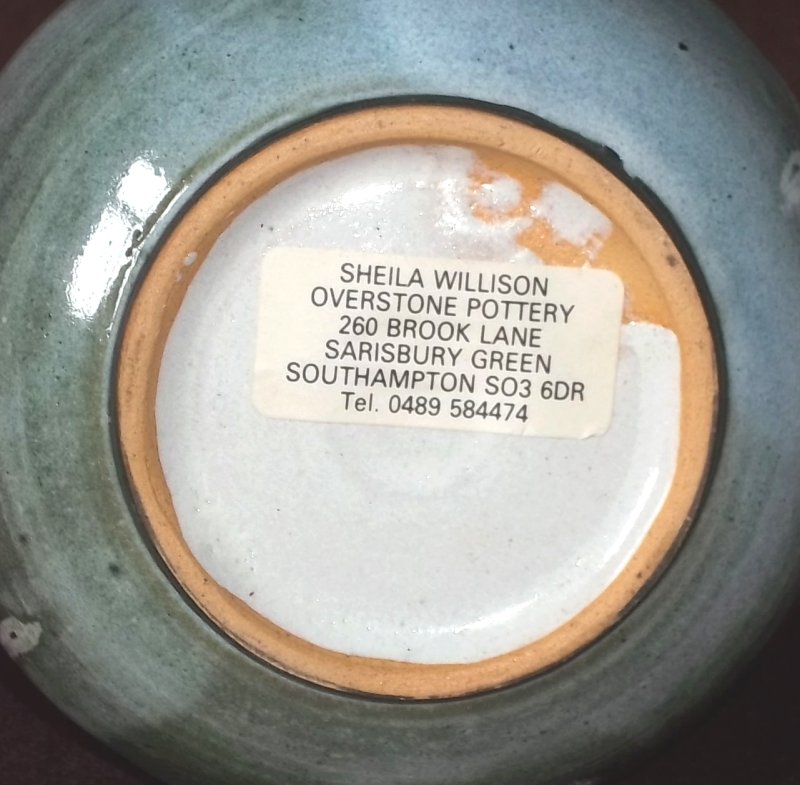 Maybe worth adding "Sheila Willison" to the thread title? 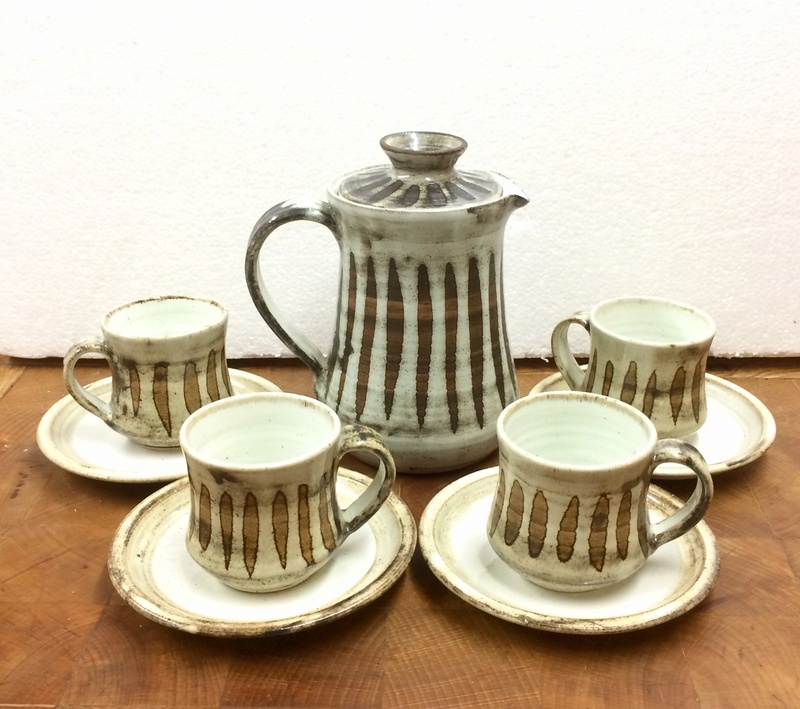 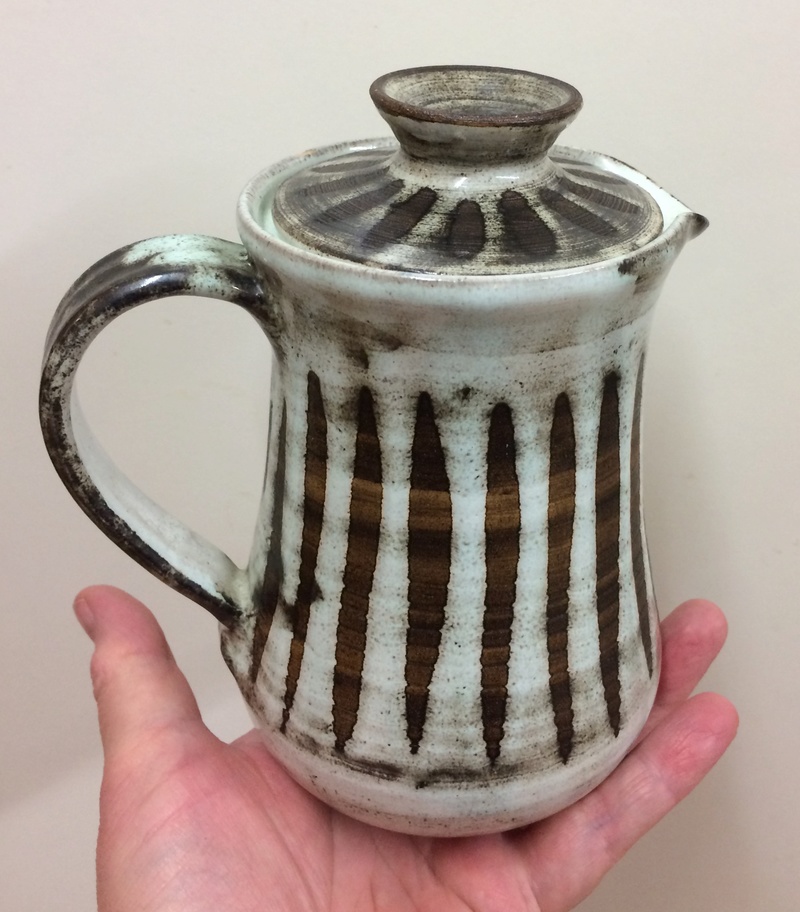 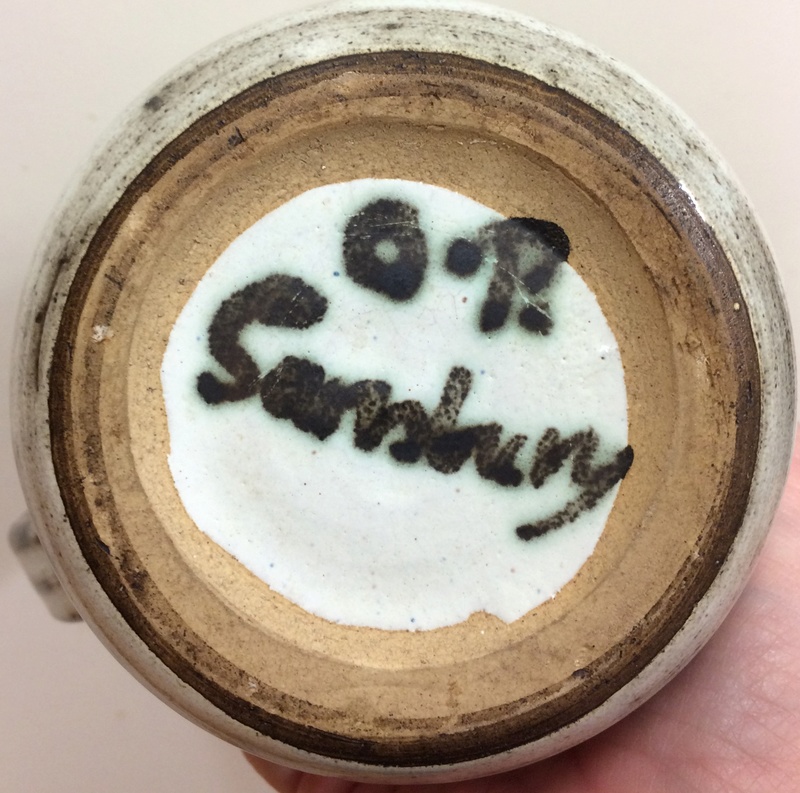 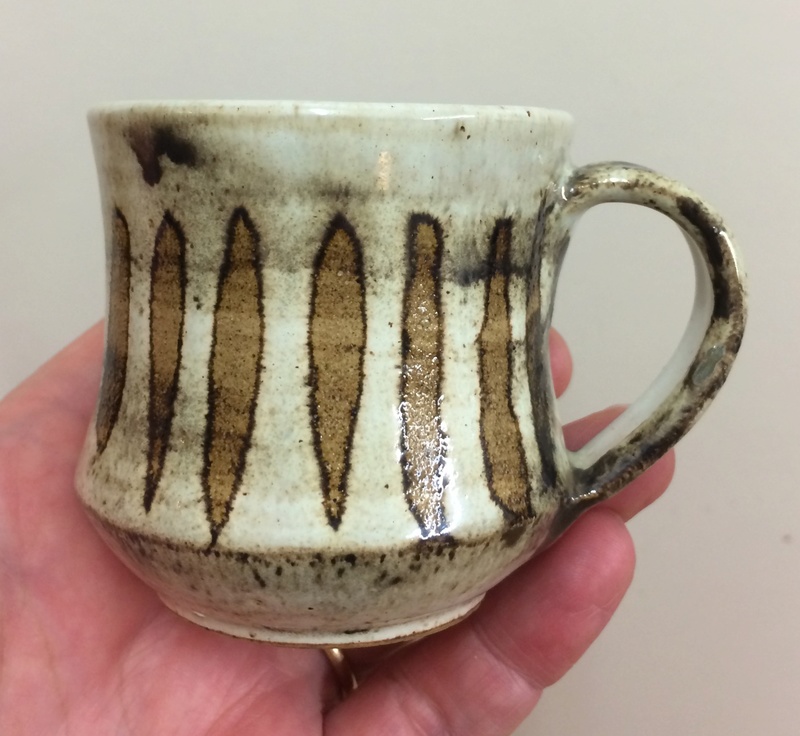