Wardle & Co. were in Hanley Staffordshire from 1871 to 1909 when they were taken over and became part of A. J. Robinson and then part of Cauldon Potteries finally closing in 1935.

Reminds me, I found a little Wardle bowl recently.

mine is pothead sized

Shape a bit like a chess pawn.11” tall
registered number might be 636530
Guessing it’s Art Deco-ish
Any ideas who? Thanks 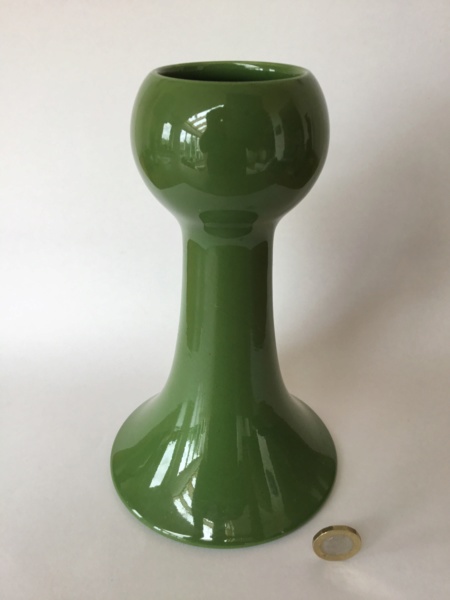 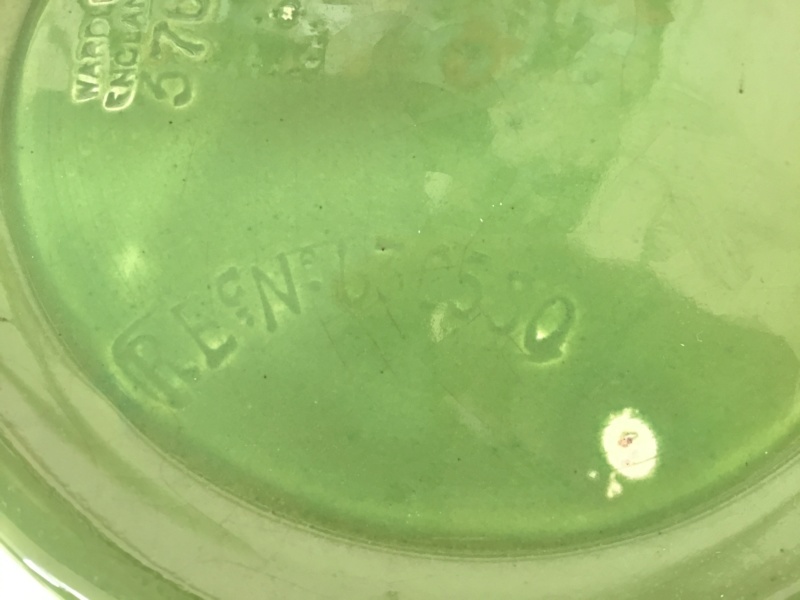 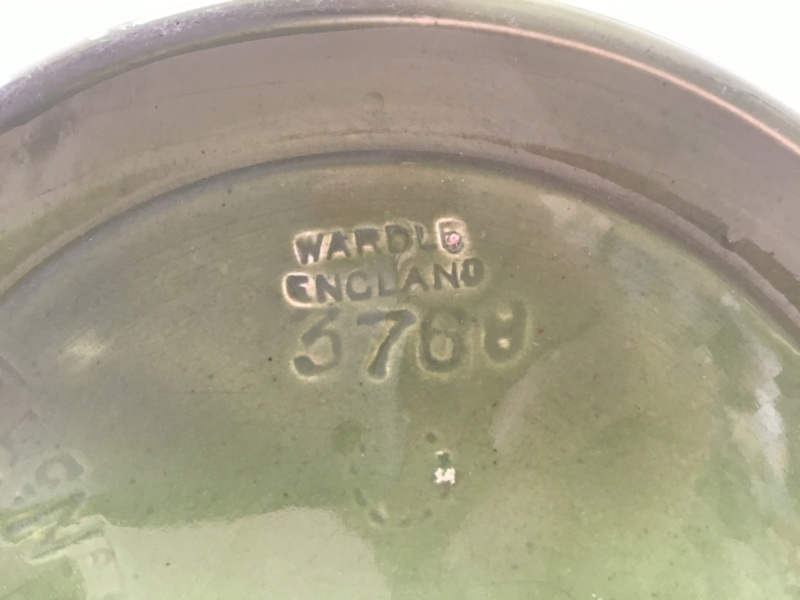 So it is! I just presumed Made in England.
My brain is obviously not on form today!
Thank you.

Great, I will add that.
Where do you find the registration dates?

I have a list, they are also in several books.

A Jardiniere in the fairly common purple glaze. Unreadable RD, but will be 1920s/30s. 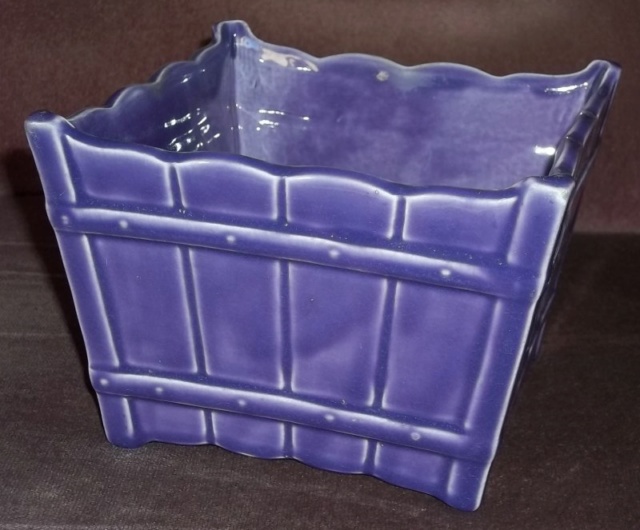 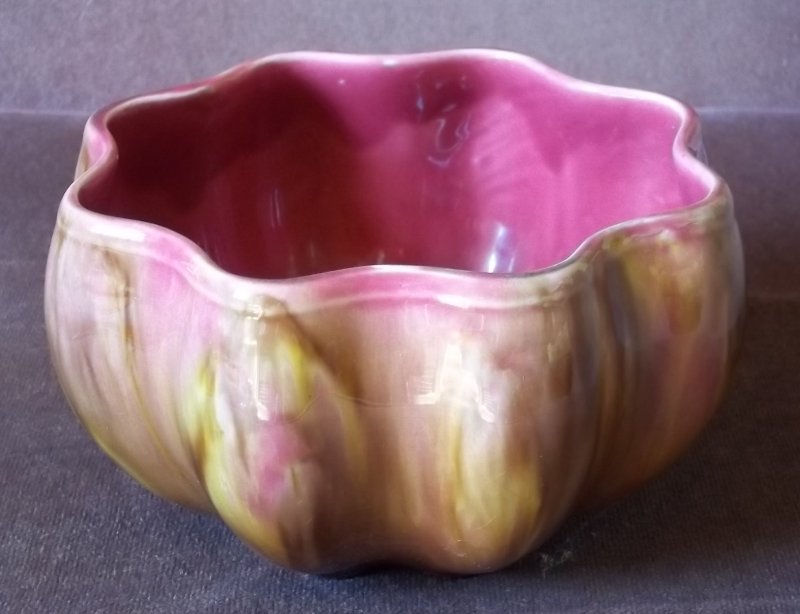 A purple bulb-bowl with a different raised mark. 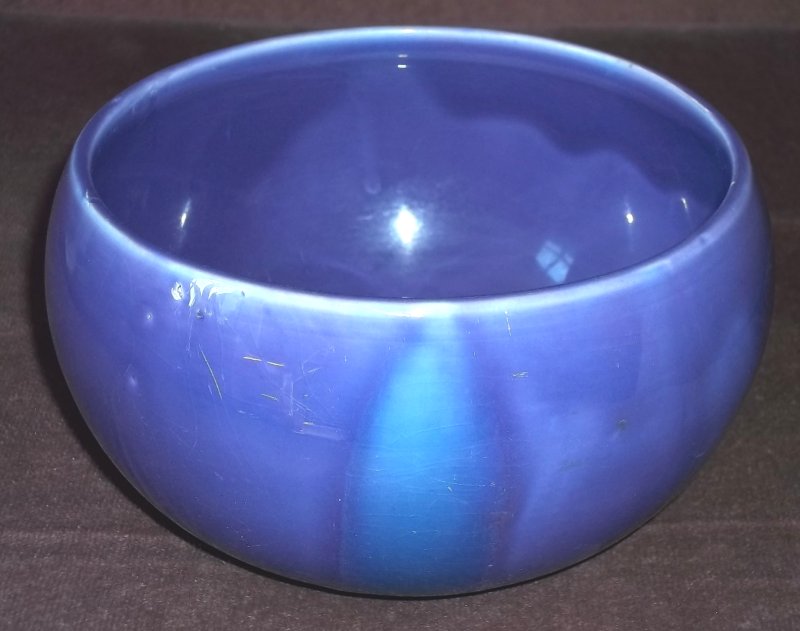