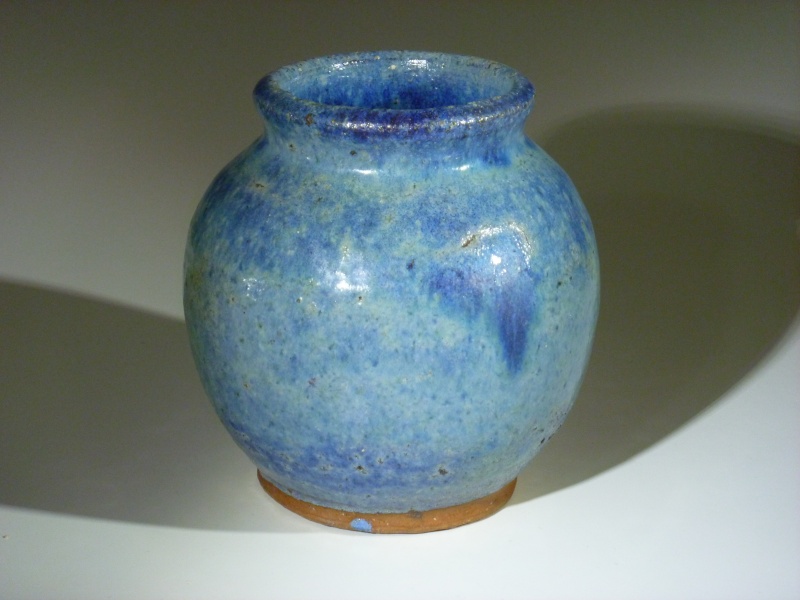 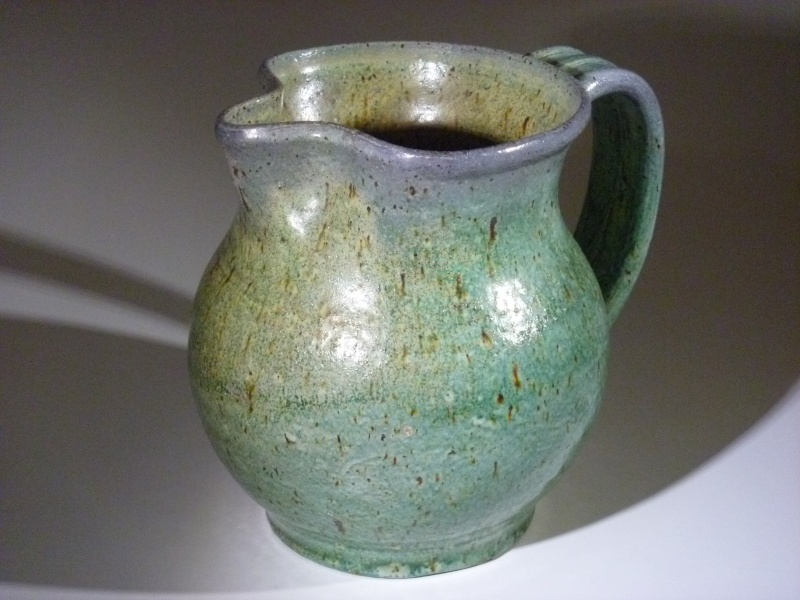 Reg Wells was the true father of studio pottery IMO

British subject born in Rio de Janeiro, Brazil. He studied sculpture at the South Kensington School of Art (Royal College of Art) in the 1890s and studio pottery at Camberwell School of Arts and Crafts. Around 1900 Wells moved to Wrotham in Kent, where there had been potteries since the seventeenth century. At the age of twenty-three he set up his own art pottery at nearby Coldrum. Around 1909 he moved Coldrum Pottery to Chelsea, and continued there until the outbreak of the First World War.

Wells is considered one of the first true studio potters working on an entirely independent basis. His interests lay in English slipwares and Chinese stonewares anticipating the concerns of later studio potters, such as Bernard Leach and William Staite Murray. During the First World War Wells set up the Wells Aviation Company. After the war he moved to the Kings Road, renaming the company the London Pottery Company, and changing the mark from COLDRUM to SOON. In 1925 he moved to Storrington in Sussex, retaining the SOON ware brand, and continued there until his death in 1951. There are many examples of his pottery in the collection of the Victoria and Albert Museum.

During the 1920s and 1930s he turned his hand to architecture, developing up to two hundred 'Wells cottages' in the Kent and Sussex area which are distinctive in their use of local materials and building techniques. Archival material relating to Wells is located at Storrington Museum, The Old School, School Lane, Storrington, West Sussex." 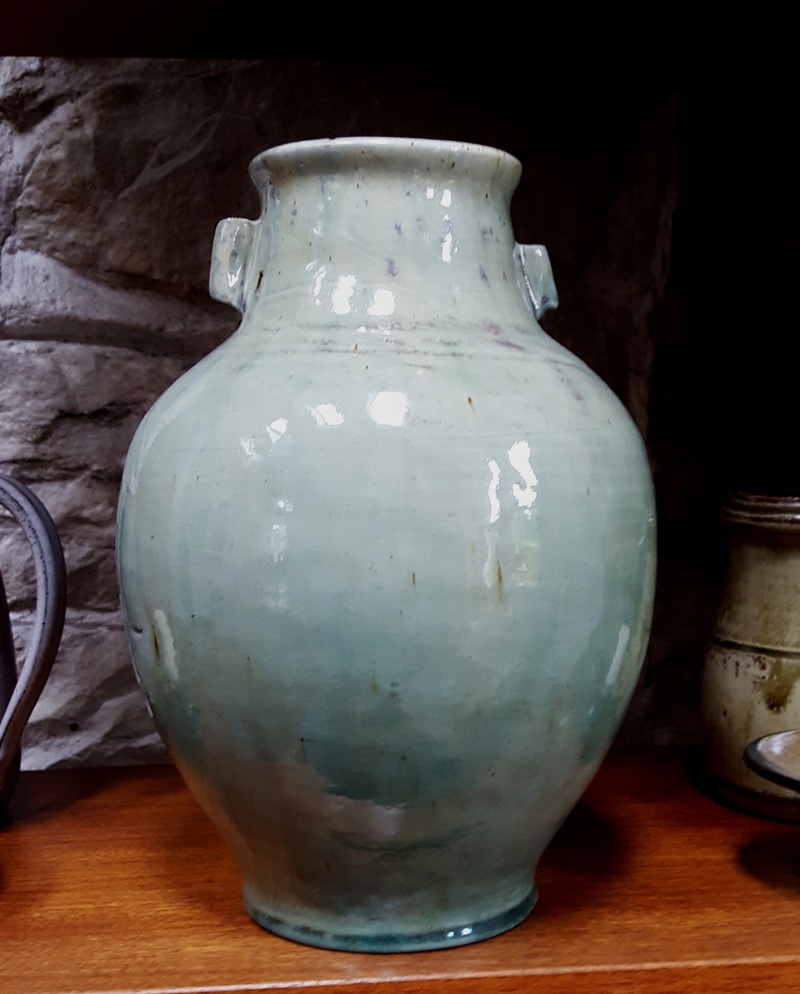 Its all in the glazes with Reginald Wells. The pottery itself often feels quite heavy and clumpy. He does have his serious collectors tho. AHis work when on the market sells quite well.

A "SOON" vase with the characteristic handle things. 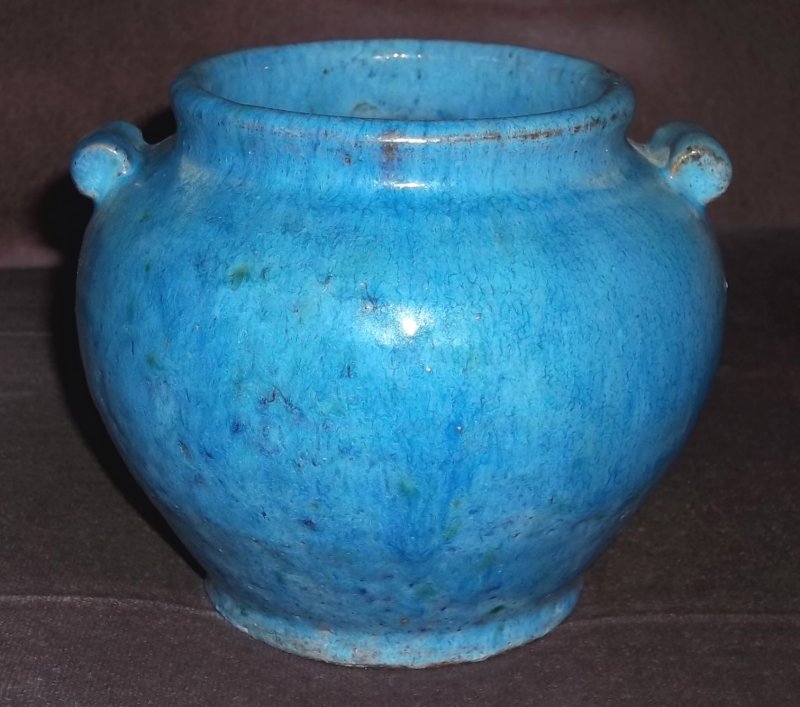 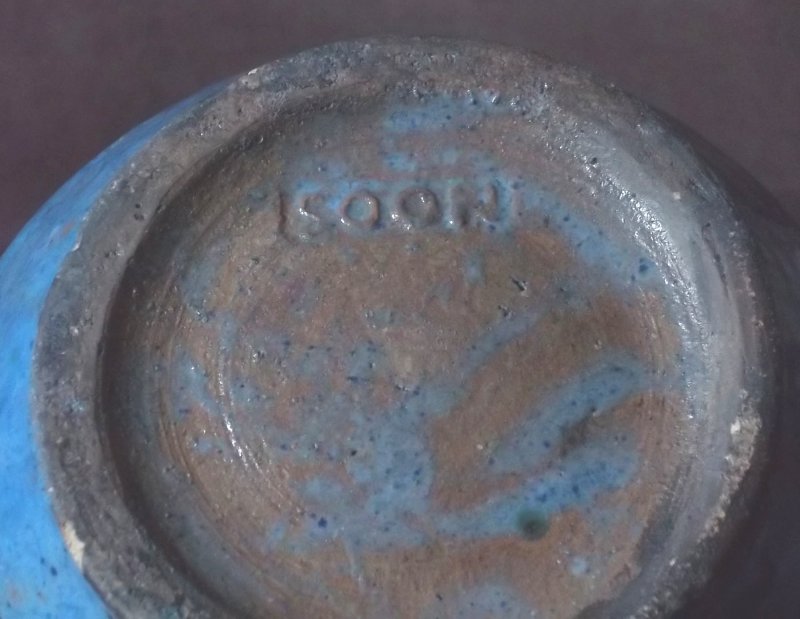 philpot wrote:Its all in the glazes with Reginald Wells. The pottery itself often feels quite heavy and clumpy. He does have his serious collectors tho. AHis work when on the market sells quite well.

The later wares, including those marked SOON tend to be heavy and clumpy, as they were thrown by Wells. Up until the mid 1920s most of his pots were thrown by others, including Edward Baker, who worked at Upchurch.
_________________
Now you should know by now that Potty and I need to see your bottom - we're funny that way!

Great info, thanks SP, yes it is rather heavy and "clumpy"

some people refer to potters like this as 'colourists' because it's all about the decoration and not expertly potted but I have never read this term here on the forum?
_________________ 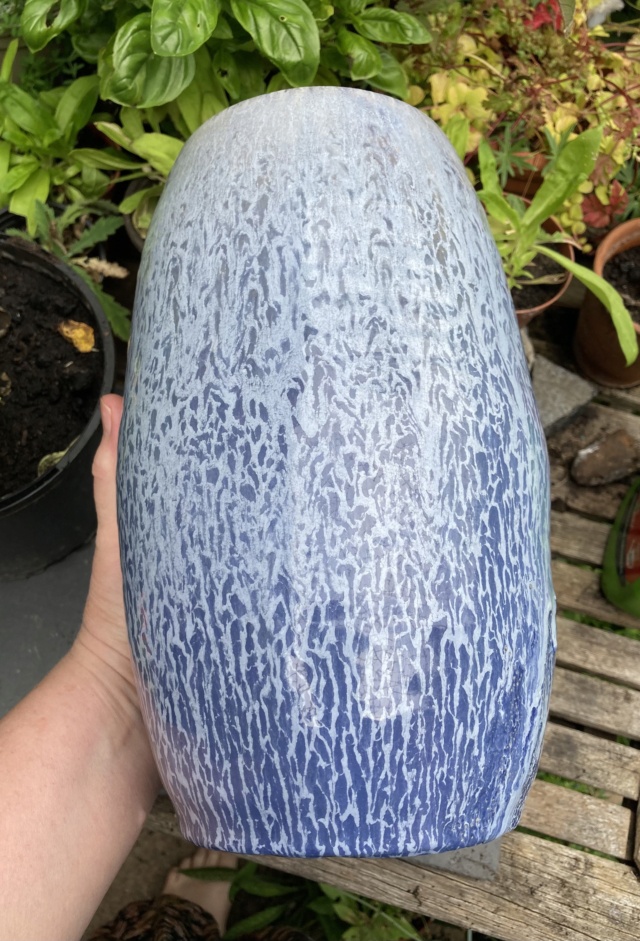