Here is a pretty big charger - marked to bottom 'Italy-Mod.Dep' and label ATN which presume is an exporter - signed to lower part farini. I wondered if anyone knows about this piece. Any help appreciated? 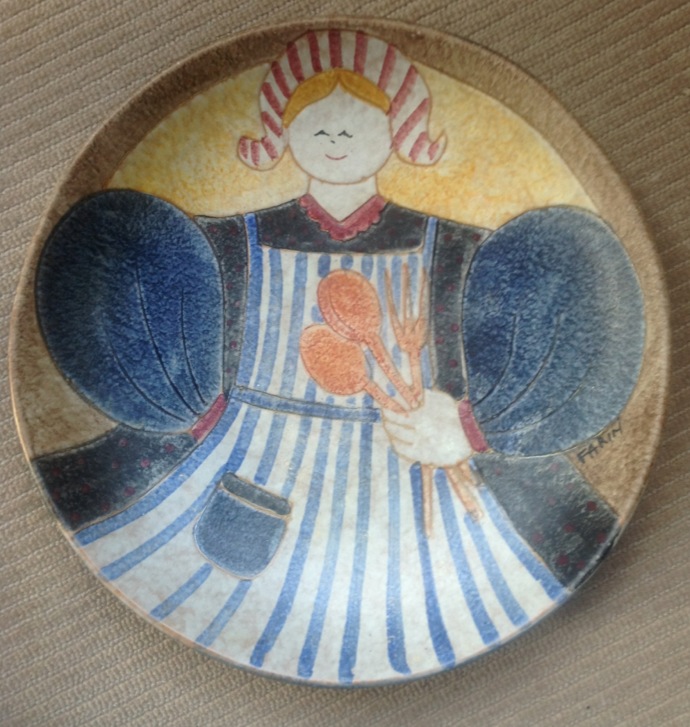 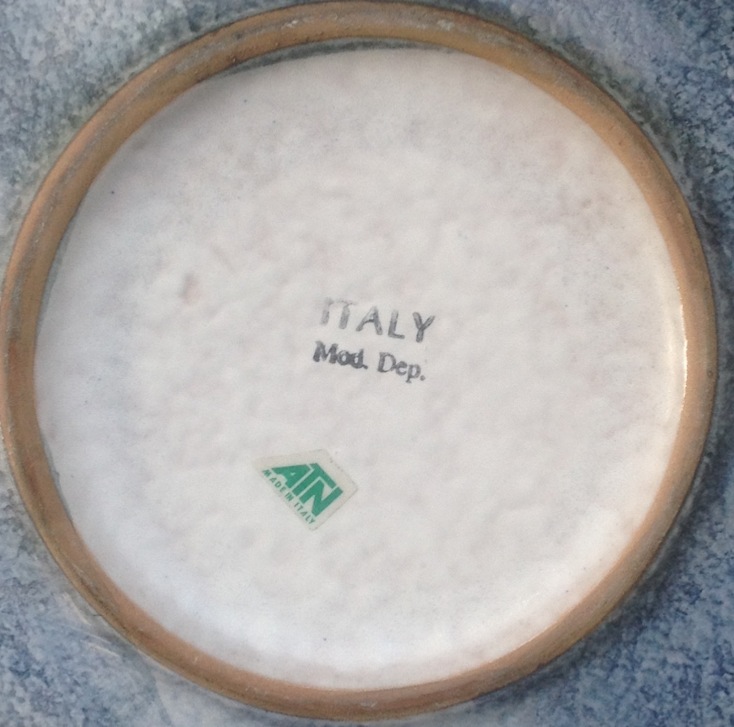 Found out ATN Marketing was based in Sheffield and imported Bertoncello. I don't know what other companies they imported.

There's one of these on ebay with a backstamp picture, it might help with your id challenge.

The charger on eBay is a variation on mine and has the same Mod. Dep. mark. It also has a Italica ARS mark. So from that information I can ID this as Italica ARS. Not much on google but lots of quite unimpressive ARS wares. These seem to be better. No help on the artist signature. Italica ARS is still going and is based in Florence.

Quote from Worthpoint "The company was begun in the early 1900's in Lastra A Signa, near Florence. The company went through a number of changes but in 1948 it became a cooperative company formed by 24 artists who renamed it Italica Ars. As I suggested earlier, this is a high end, quality supplier of handmade ceramics. They only sell wholesalem never to the general public. The company's main importers (in rank) are the U.S., Japan, France and Germany. Their customers in the U.S. include William Sonoma, Nordstrom, Vietri and Modigliani"