This was a little pottery based in the Yorkshire Dales National Park that I often passed when I was working up in Wensleydale during the late 1990s. I bought a few pieces from their shop in Aysgarth village and have since bought one or two more because the pottery is now closed and I like to buy locally-made work. I know nothing about who ran it or when it opened and or when it closed although it was sometime before 2009. They are all in earthenware and colourfully decorated with slip-trailed flowers etc. The candle stick is 12cm (height), the plate (one of two, the other broken in use) is 24.6cm (diameter).

Haven't been able to identify who made this one. There seems to have been a lot of attention paid to making a good stamp so I thought they would probably have a significant output and thus there would be info out there, but have not found anything. Its not helped by the fact that it could read "CAB" or "ACB" (or even "EAB" or "AEB"); I've looked at all these possibilities.

Its 3" high and 3 1/2" diameter across the rim. The linear decoration is incised into a tenmoku glaze, which is covered by a transparent glaze. Any suggestions?

THe same mark has been found on pots decorated in the same style and slipware colours as Aysgarth Pottery, run by Charlie Boyce, so the mark is believed to be the potter's initials and made before his time at Aysgarth in Yorkshire since one of his relatives has said the Aysgarth pots were only stamped Aysgarth Pottery Yorkshire
_________________
Carrot cake is just fake cake

Update: Aysgarth Pottery was run by Charlie Boyce. Prior to using the Aysgarth stamp he used a ring with his initials CAB. He sold up in 99/2000 to a couple who continued to run a craft shop on the site.
He then moved to Enniskean in Ireland and worked at Bandon Pottery before moving to the States. He says he’s still potting.

Thanks Naomi - I still have this one in a box somewhere!

Quote from Charlie Boyce on Facebook.
'dates...lol. ok I went to Chesterfield pottery course in the late 70s..went to Finland and worked at a pottery there then came back and worked at an old mill in aysgarth for a few years before starting Aysgarth pottery in the village in the mid 80s I guess...closed it down and went Ireland to work for Bandon Pottery around 2000.
I'm not making pots currently but I do have plans to build a workshop in the near future and get back to it...'
And
' I also ran my own studio in Bandon after Bandon pottery.
I now live in North Georgia USA where I have my own building business.'

Charlie Boyce studied pottery in the late 1970s before moving to Finland to work at a pottery there... on returning to the UK, Charlie worked at an old mill in Aysgarth before establishing Aysgarth Pottery in the mid 1980s. The Pottery closed in 1999, when Charlie moved to Bandon Pottery in Ireland. Charlie now lives in North Georgia, USA and runs a building business. 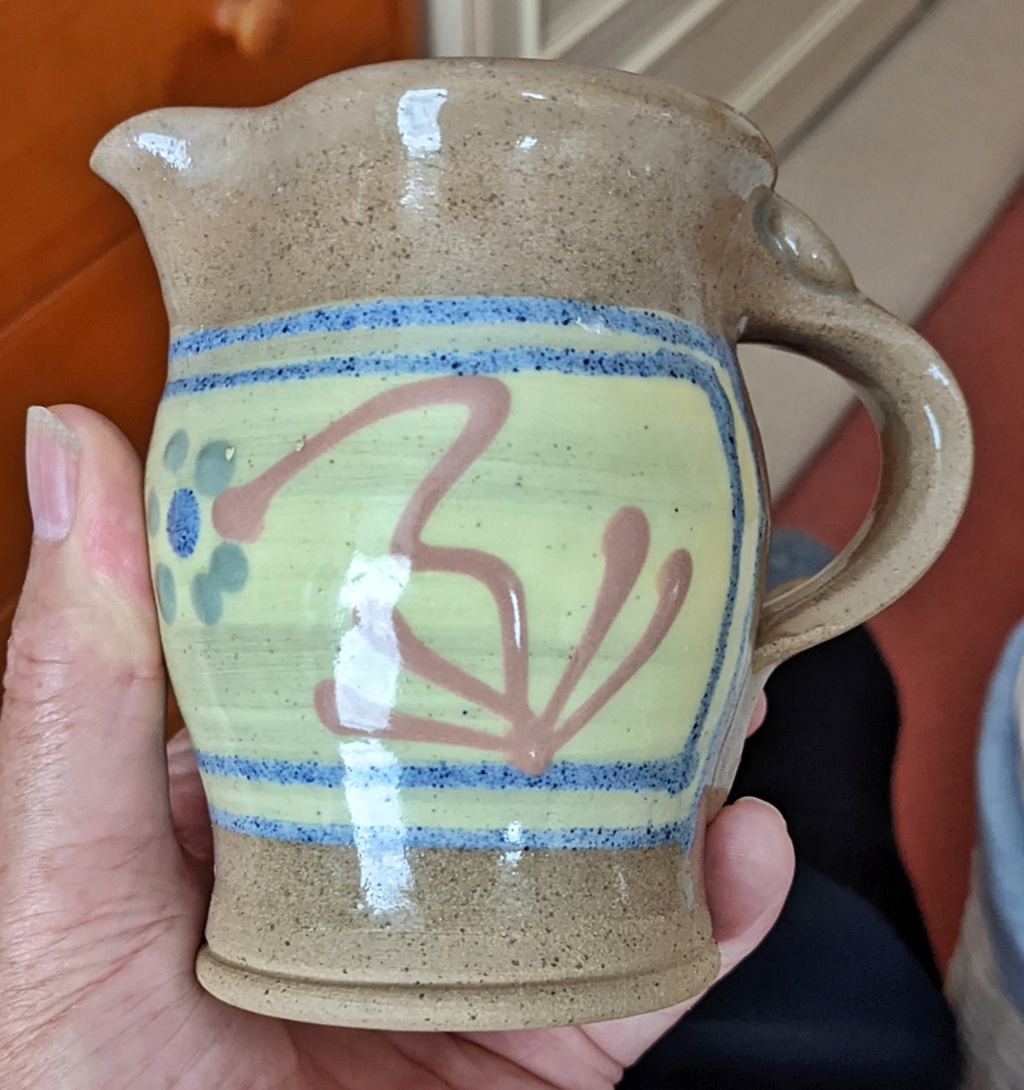 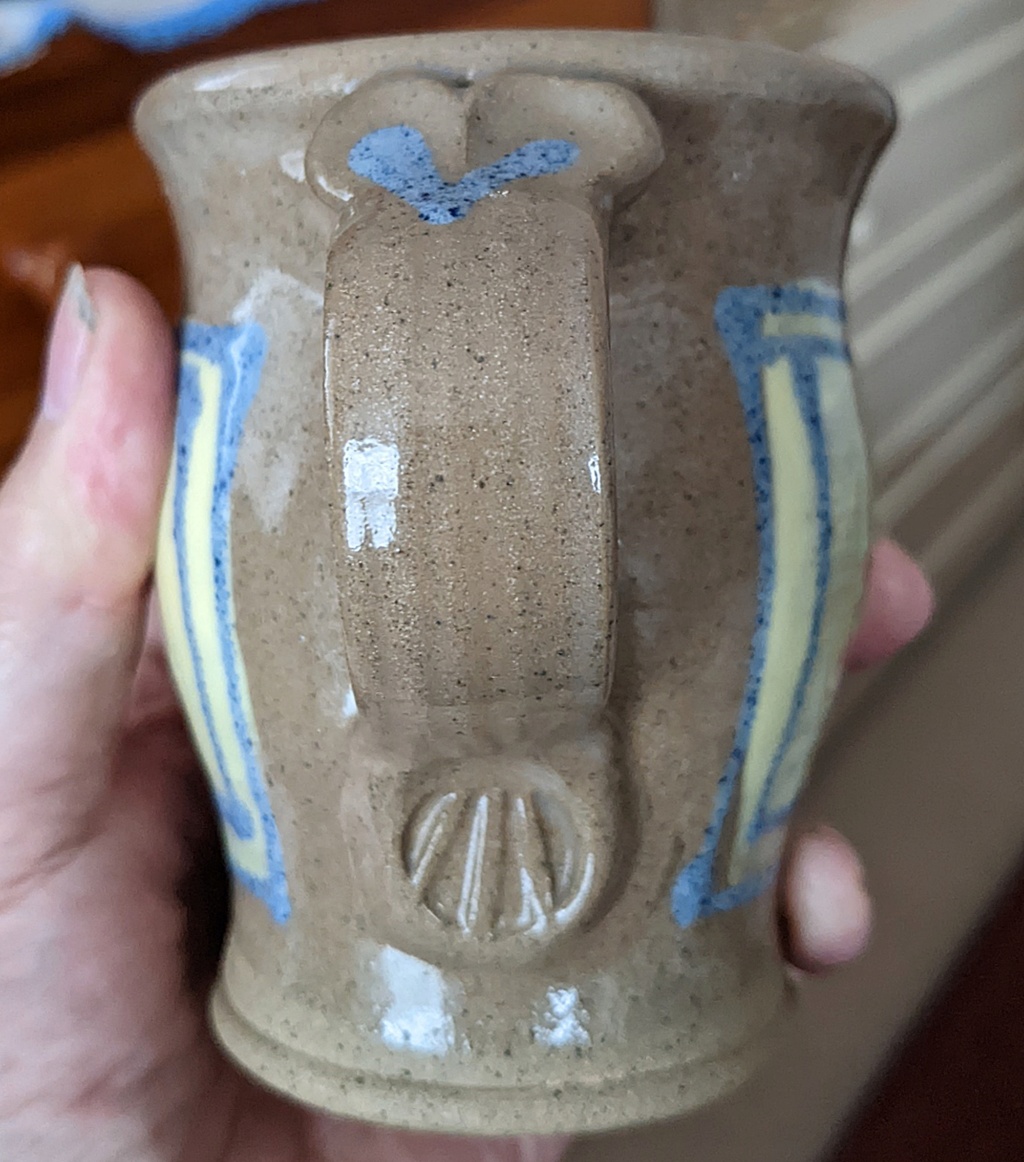 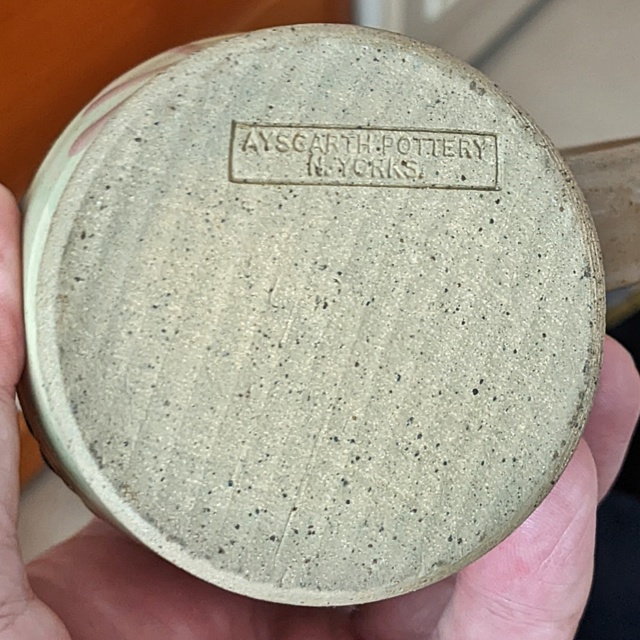