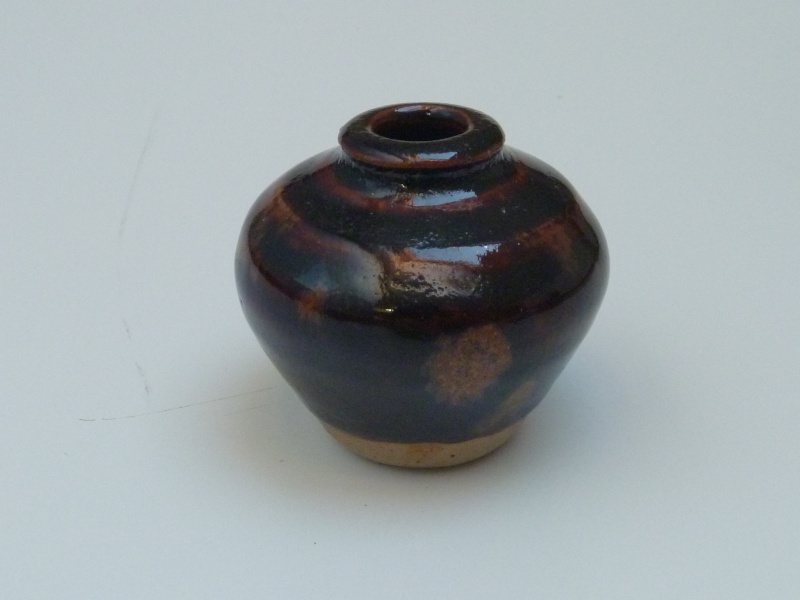 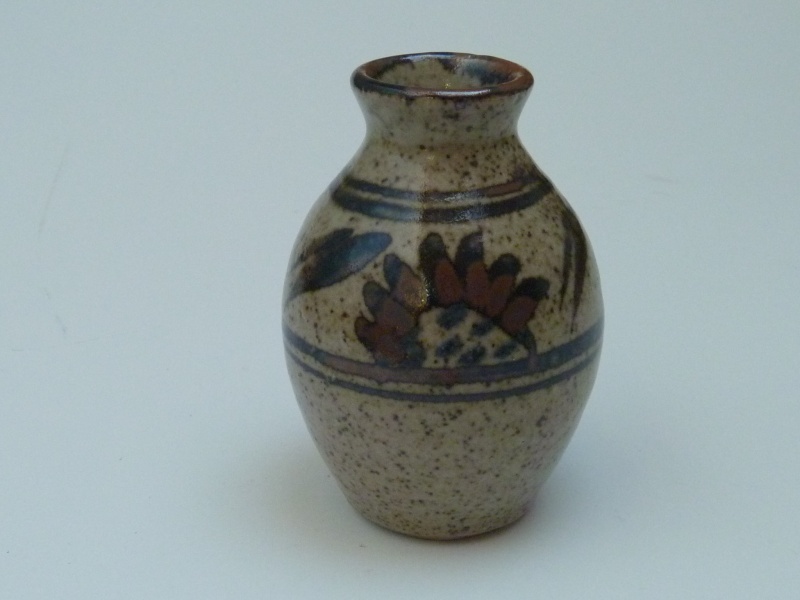 These two tiny vases are marked MP for Morar Pottery which was run by the enigmatic Alexander Sharpe.

I have been in touch with ceramicist Priscilla Mouritzen who rented the Morar Pottery for two years in the late 1960s. She was very helpful and said that after Alex Sharp ran it, David Illingworth and Lotte Glob potted there from 1964 to 66. After she left Peter Layton used the workshop for a while.

The exact years Alex Sharp was there is unclear to me but is reported to have been nine possibly from 53 to 62. The style of the two pieces above somehow seem more modern than that so I am now less sure about the attribution. What do others think? 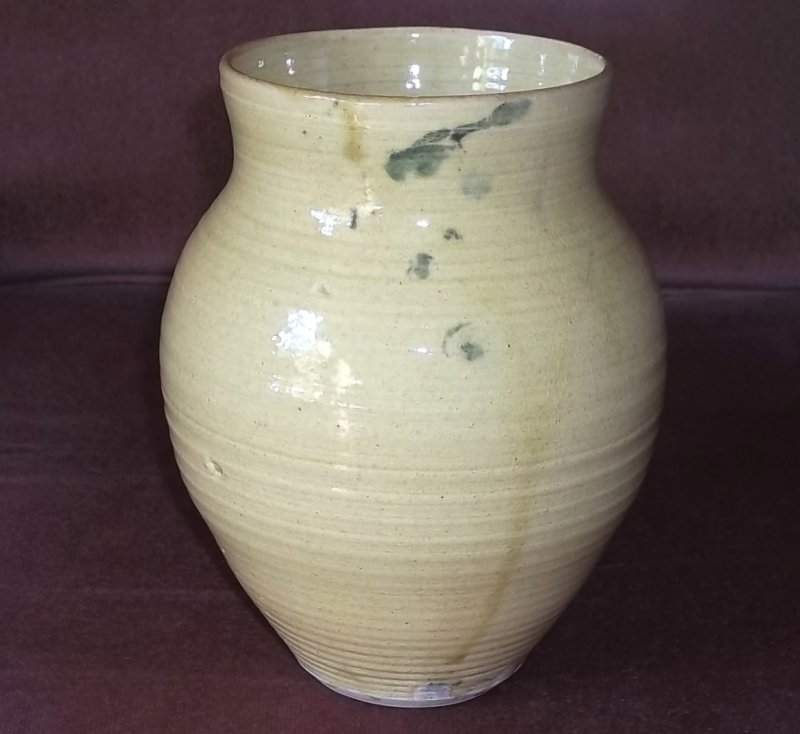 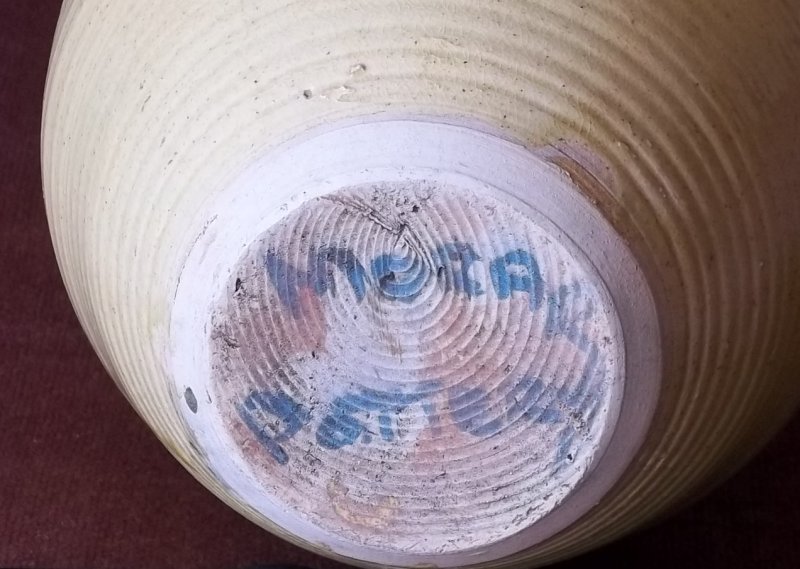 Obituary for Dave Illingworth, which mentions Morar and Lotte Glob

Returning to Lancaster, Dave became a watchmaker and soon bought his first boat, a Morecambe Bay prawner. But, dissatisfied with shopkeeping, he studied ceramics at art school and then headed north, eventually taking over the pottery at Morar in Invernesshire.

There, in 1964, began his life partnership with the Danish potter Lotte Glob. After four years of travels and travails, they finally found a base in a disused army camp near Cape Wrath, Sutherland, already rechristened Balnakeil Craft Village. Dave turned a concrete shell into a family home, while keeping a succession of cast-off vehicles on the road...