Can somebody please help shed some light on the maker of this very nice slipware jug!  The jug stands only 5 3/4 inches in height and around 4 1/2 inches from the lip edge to the back of the handle, making it quite small for a jug.  Made of earthenware it would seem to be quite a newly made piece but the slip decoration is very nice. It has an impressed star shaped mark to the base of the handle but not a maker that I am aware of.  Many thanks,  stillscurrying

Could it be by Richard Godfrey? Came across a similar jug on ebay listed as RICHARD GODFREY STUDIO POTTERY SLIPWARE JUG - DEVON (see completed listings), which has a paper label with the potter's details.
Searching google Godfrey appears to have completely changed his style since then - assuming it's the same person.
(love the jug btw).
_________________
Just my personal opinion, take it or leave it.

I see what you mean - something about the colour and that little bit of decoration. I contacted the seller (tigerruss) and have their written permission to include the pictures on the forum - it might help identify other pieces of his work if the label is missing.

I have sent him an email and picture to ask if it his work and will post back when I hear anything.

Met Richard Godfrey at Art In Clay, Farnham, 2012, and bought a mug from his range of wares bearing very bright glazes and jazzy decoration.

He doesn't normally sign his mugs (just his limited and one off pieces), but I asked him to sign this one.

He warned me that a large number of pots were ruined in a gallery fire a couple of years ago, but are now finding their way onto ebay listed as "undamaged", even though the glaze has been damaged.

He's been potting for several decades, and his modern stuff is very different from the slipware he was producing back in the 70s and 80s - most of which was sold to Cranks restaurant chain.
From wikipedia:

Cranks was a chain of English wholefood vegetarian restaurants, of which only one now remains at Totnes, Devon. It was founded and owned by David and Kay Canter and Daphne Swann, and its flagship restaurant was at Marshall Street in the West End of London.

He says that Cranks' diners were buying his domestic wares so quickly that he was sending boxes full to London to resupply the restaurants each week.

His mark has also changed over the years: The small impressed spoked wheel mark is now a larger setting sun mark. However, there are similarities in the zig-zag and dot style of decoration.

Examples of his 70s-80s style slipware pots can be seen on this thread:

hi there, long time reader....first time poster! I couldn't find what I was looking for on previous posts or in the 'signature' forum, so I hoped somebody would recognises the signature on the bottom of this mug (if I have sussed the image upload!)

on the base of:

I am one of these people that gets stuck doing all the ebaying whenever an older family member is having a clear out! reading your forum has helped me identify mdina glass so at least I had a clue what it was I was listing, but I cant even read this one!

Thanks for any help!

One of the teapots below ( the yellow one, as it happens ) I remember purchasing in a nice pottery with a cafe attached on my way back from Cornwall about 20 years ago. There were cups to be had too, but I couldn't afford a complete set. But that's all I can remember about it.

Just recently I came across a clearly related teapot at a craft fair ( the red one, by a process of elimination... ).

For reasons that are unclear to me, I have tagged the yellow teapot in my mind with 'Dartington'. But who knows - there are lots of potteries between Penzance and Southeast England....

So I'm just trying to discover a little more about these, the first thing being the potter ? Any ideas ? 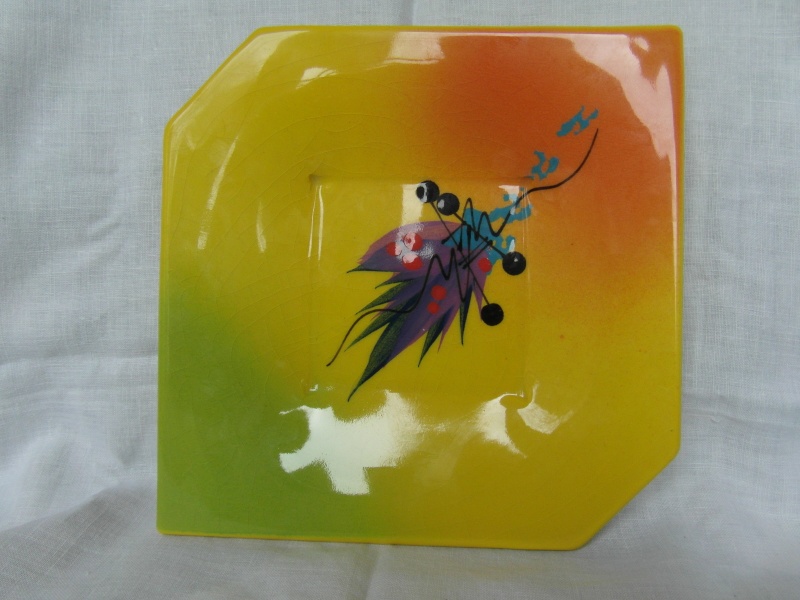 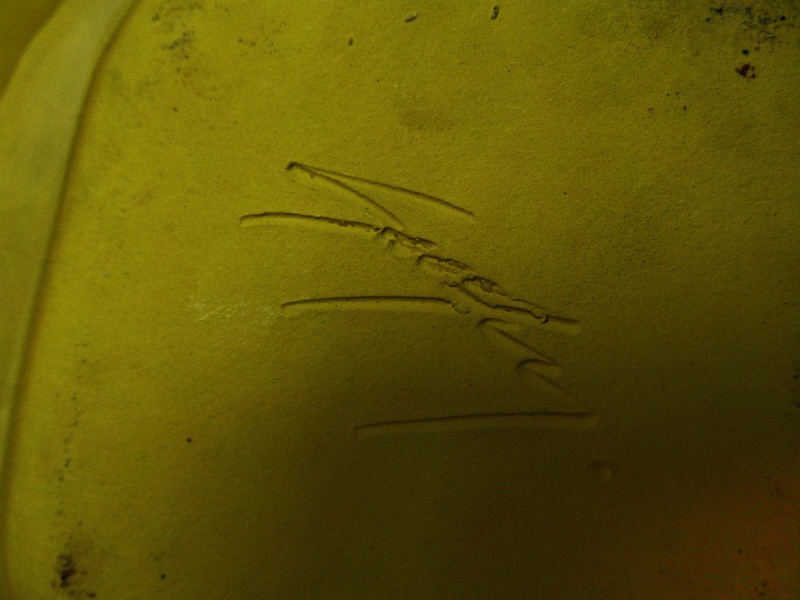 yes it looks like Richard's work, he's the nicest potter I ever met and is sadly missed
_________________
Due to travel restrictions the US was obliged to hold the coup at home this year

managed to pick up this trio of modern sculptures and have no idea who made them.

Can anyone help me with this. I have purchased them for resale so if anyone has any ides on value as well then that would be great. 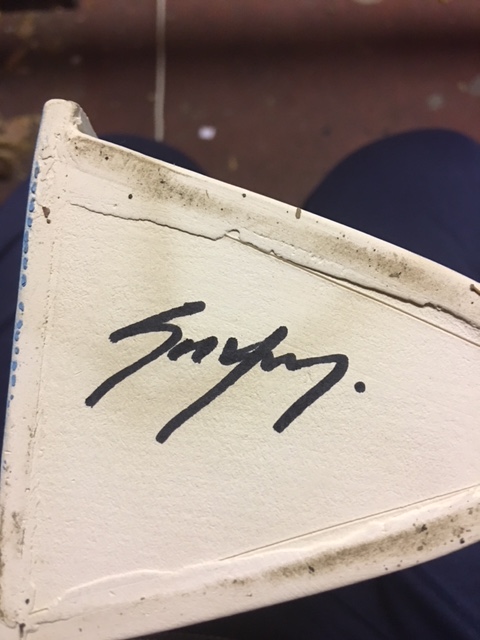 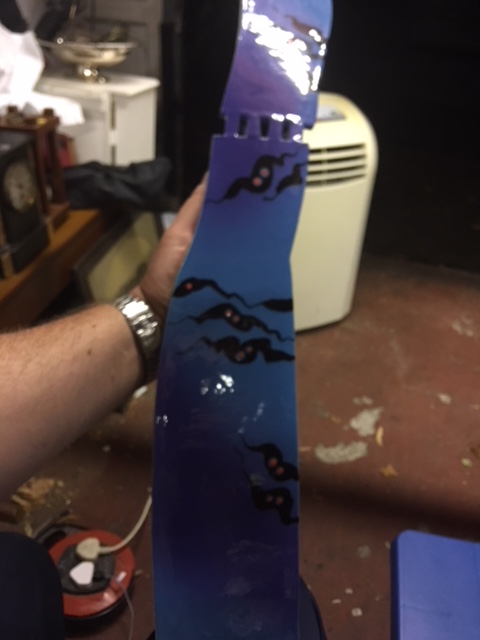 Very nice. It’s by the late Richard Godfrey. A lovely man who turned from functional slipware to sculptural pieces and bright slip glazes late in life.
_________________
Just my personal opinion, take it or leave it.

Nice one indeed!
There was an Antiques Roadshow from Plymouth a year or two ago which had a couple of pieces by him. They were not cheap. He worked in the beautiful South Hams, and as Naomi said, was a lovely man. Was sadly missed a his relatively early death in his early sixties. His work is not on the open market very often, and your best bet for a price guide is Ebay. Although personally I would keep them as an investment. There is nothing else quite like his later work in the whole of modern studio pottery 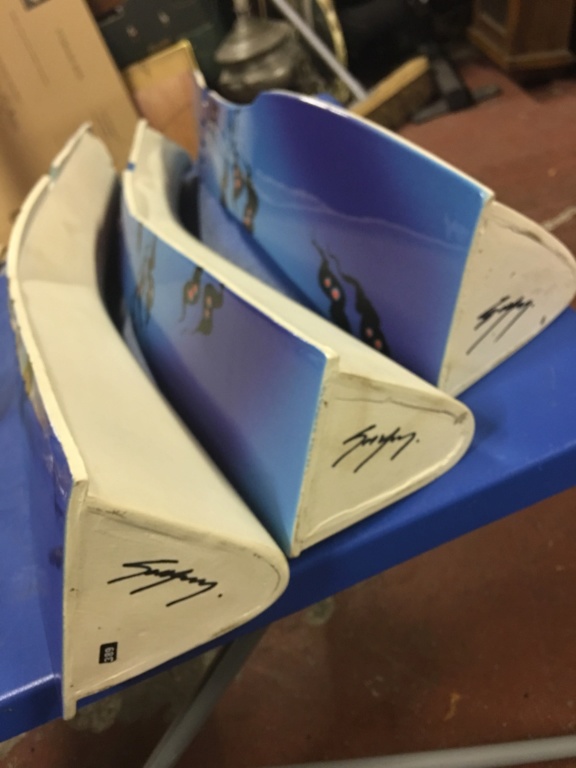 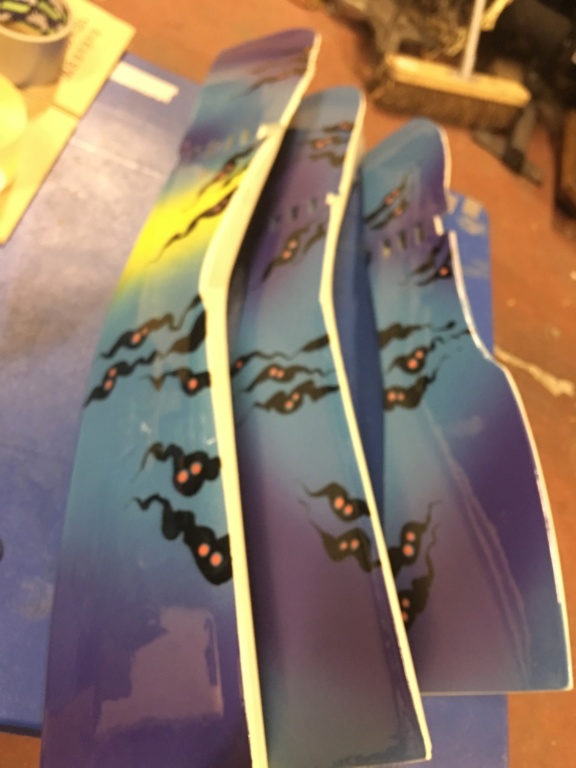 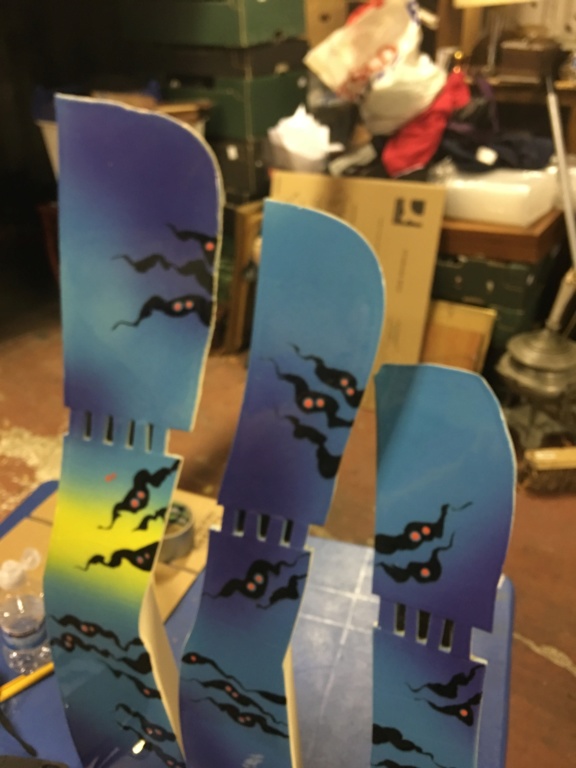 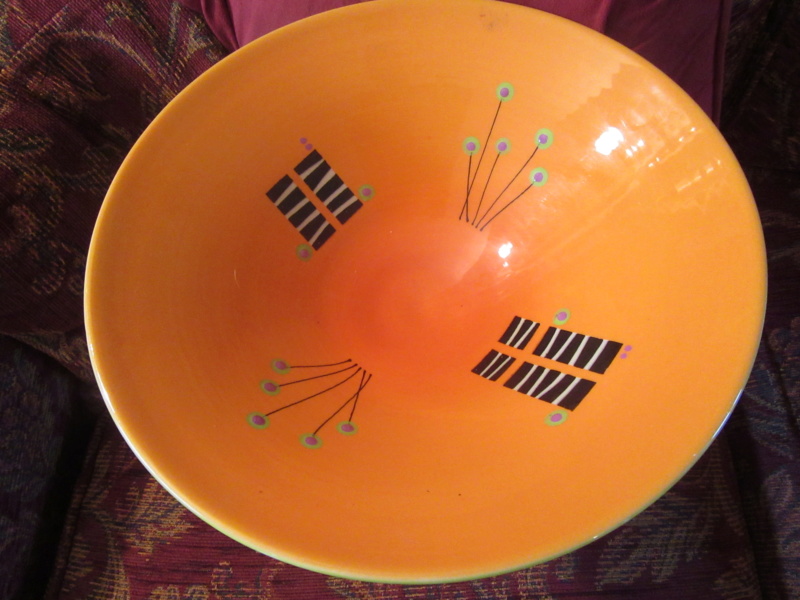 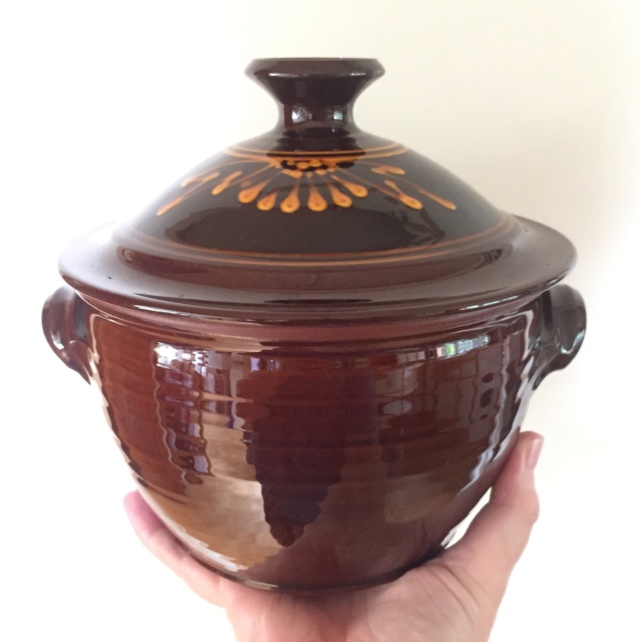 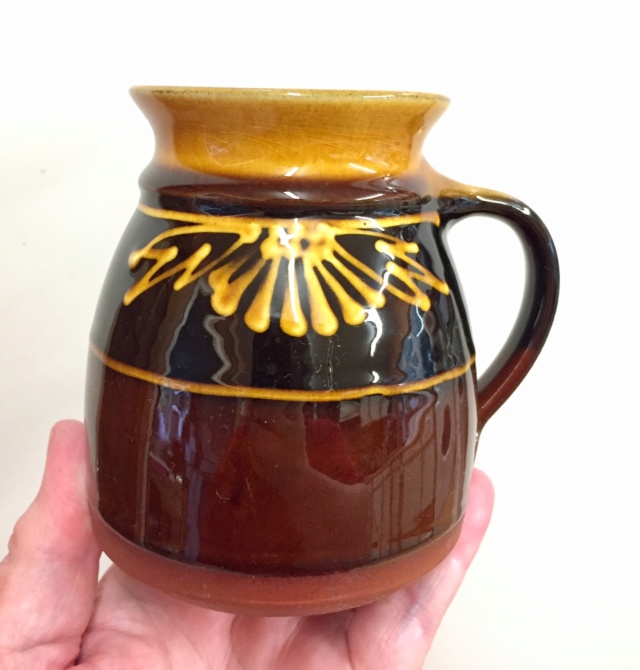 A fascinating interview with the late Richard Godfrey.

A second shorter and later Richard Godfrey video blog, You get a real sense of what a lovely man he was'

Thanks, Phil, that really cheered me up.
Richard was one of the nicest men I have met and I always walked away smiling after a conversation with him.
_________________
Due to travel restrictions the US was obliged to hold the coup at home this year