It certainly did exist and WAS Fantastic. From memory, it showed several of the industrial images used on pots as a scenic view, as well as an underground coal mining scene.
No idea what happened to it, but if sold, it must as cost a fortune - but well worth having if you could afford it.
They did a limited edition poster which showed either some of it, or possibly all of it. I can't remember of hand, I'll try and find mine and upload a pic.

there has never been a better time to buy Cobridge
_________________
"Changing your mind when you know what’s happening and you don’t like it. That’s what democracy is all about"

5 inch trial plate, made in 2001
note the bird mark on the back which is not a date mark

I have never seen another piece with this design,does anyone here know if it went into production?
_________________
"Changing your mind when you know what’s happening and you don’t like it. That’s what democracy is all about"

Anybody with an interest in Cobridge Stoneware have some Sneyd Colliery pieces for sale or know where some might be for sale? 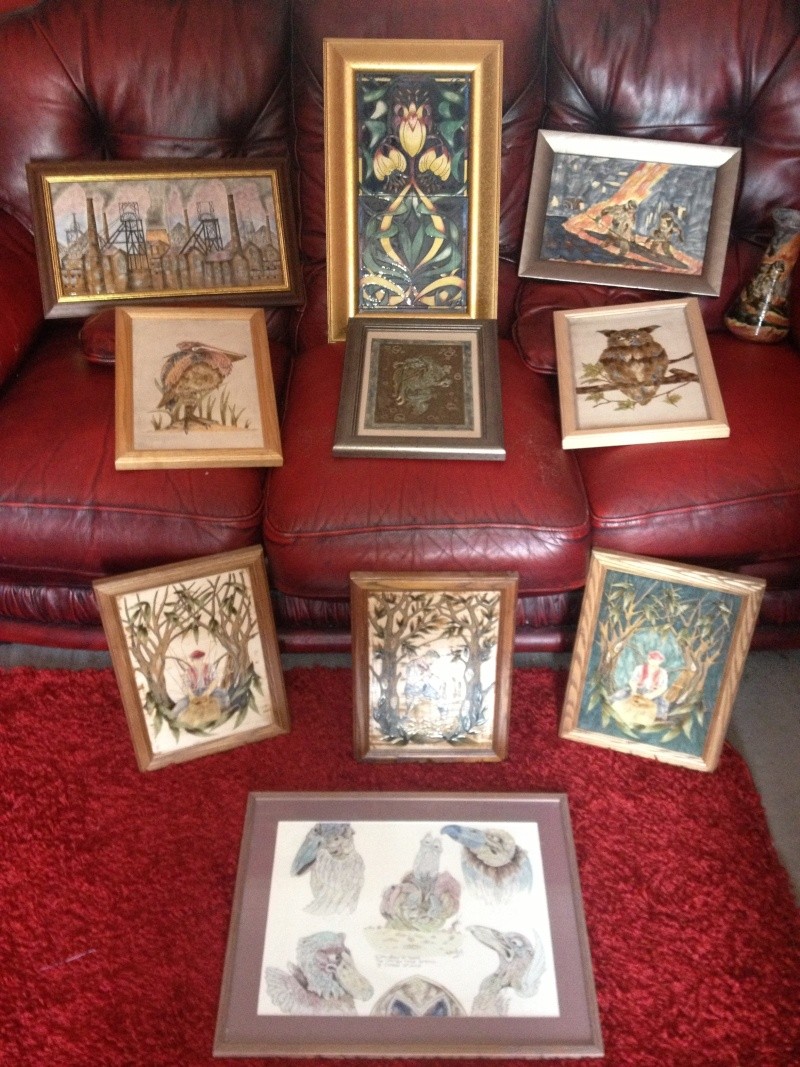 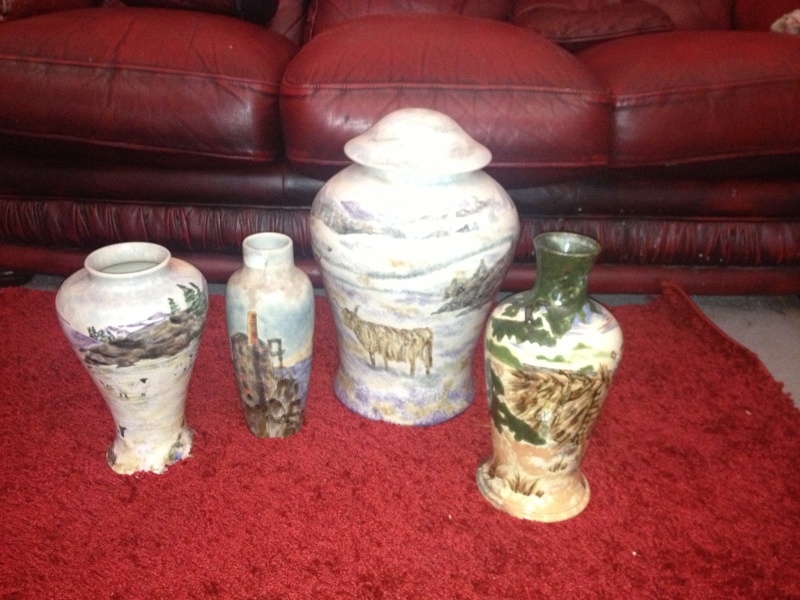 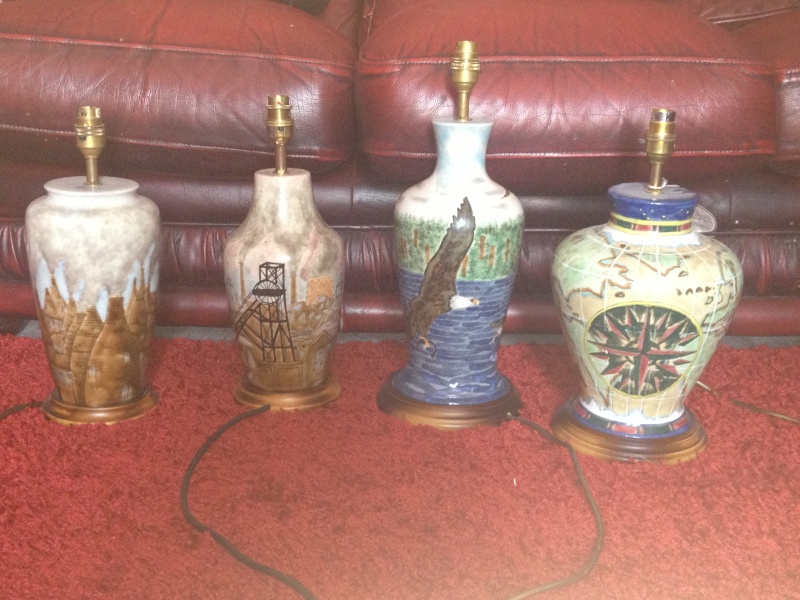 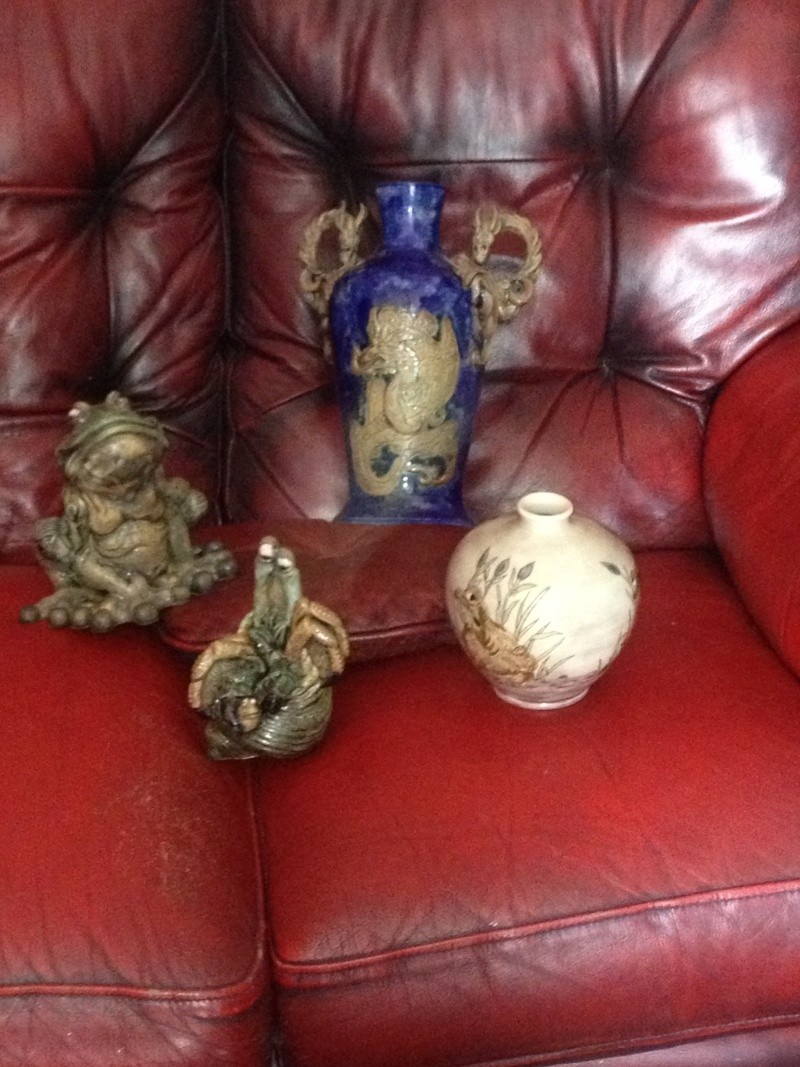 Yes the Tile and the lamp are the designs I am looking for.

Would like to know what the complete set of the Derwent Water design was made up of.

5 inch trial plate, made in 2001
note the bird mark on the back which is not a date mark?

Years later and I'm non the wiser regarding the impressed bird mark on the back of this plate? Can anyone here enlighten me please?
_________________
"Changing your mind when you know what’s happening and you don’t like it. That’s what democracy is all about"

Dan,
I think you'll find it is the date stamp - Duck is 2001
That design is mentioned in the Collectors Club mag No.5 "Sian Leeper weighs in with some very attractive House Martins on a vase that is square and blue at the base, moving up to a delicate shade of pink at the rim". At the time this new range was called UPBRUSH and was an earthernware range, rather than the main Stoneware.
However, the main catalogue for 2001 doesn't feature the design, nor does 2002. So it would appear not to have been produced in a big way. But some designs did come and go throughout the year, in small numbers. This was presumably one of them.

The small plates were used for trials and for staff to practise the designs, before they moved onto the main vases. Any that were good enough, were sold in the shop. Before these 'saucers' they used what look like tea pot stands. They all make really good display pieces, when you find good examples and this is one!