Called Scoop headed cat jugs. Very popular with those niche collectors
_________________
Just my personal opinion, take it or leave it. 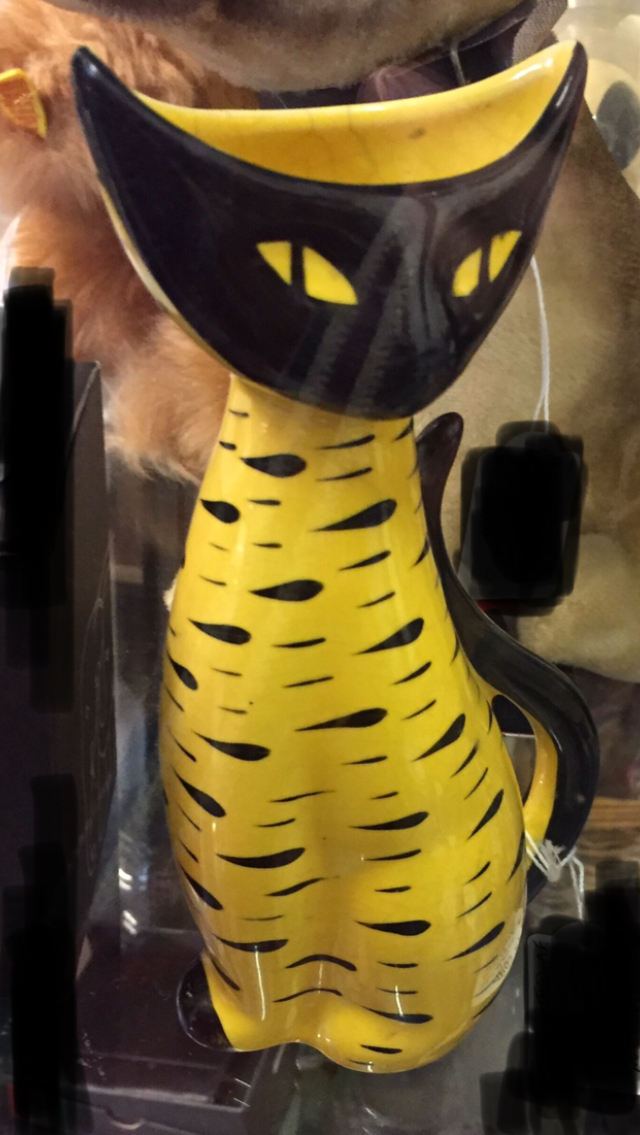 Odd, really, that the same company that produced colourful and fashionable (for the time) items as seen in this thread such as the cat above also turned out stuff such as this Arthur Wood miniature plate, titled ' David Dines with Micawber'. Or should that be the other way around? I think that the majority of Wood's output was run-of-the-mill traditional stuff with only the occasional foray into the world of fashion. 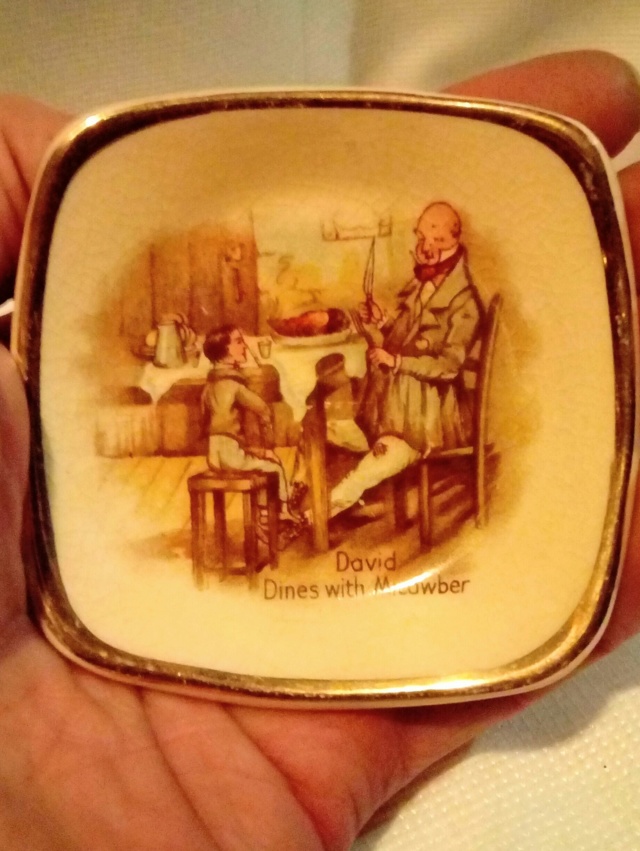 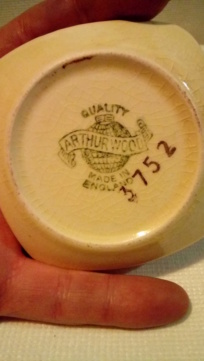